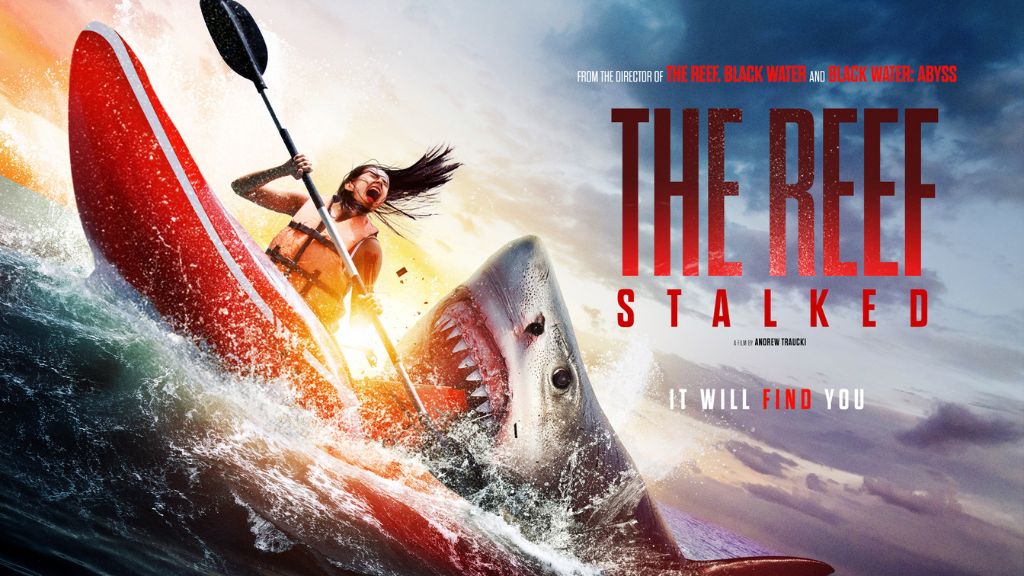 Written and directed by Andrew Traucki (Black Water, Black Water: Abyss), the film marks the Australian’s return to the “Reef” franchise which took the filmmaker back to Bowen where he filmed the first film over a decade ago.

The Reef: Stalked focuses on Nic (Teressa Liane, “The Vampire Diaries”) who, in an effort to elude the emotional trauma of her sister’s murder, heads off on the holiday of a lifetime, with Annie (Saskia Archer, Boshack) and two other close friends.

A Pacific island adventure awaits them with drinks, sun and surf on the menu. Within hours of reaching the sea, the women are attacked far from land by a great white shark. Bleeding and vulnerable, their fate becomes a race against time as they soon realize they are being stalked by the beast as they inch closer and closer to safety. They are far more than mere prey for the shark, they provide its entertainment.

The Reef: Stalked will release on UK Digital Platforms this 29 July through Signature Entertainment and, in the meantime, we’ll leave you with the aforementioned trailer.