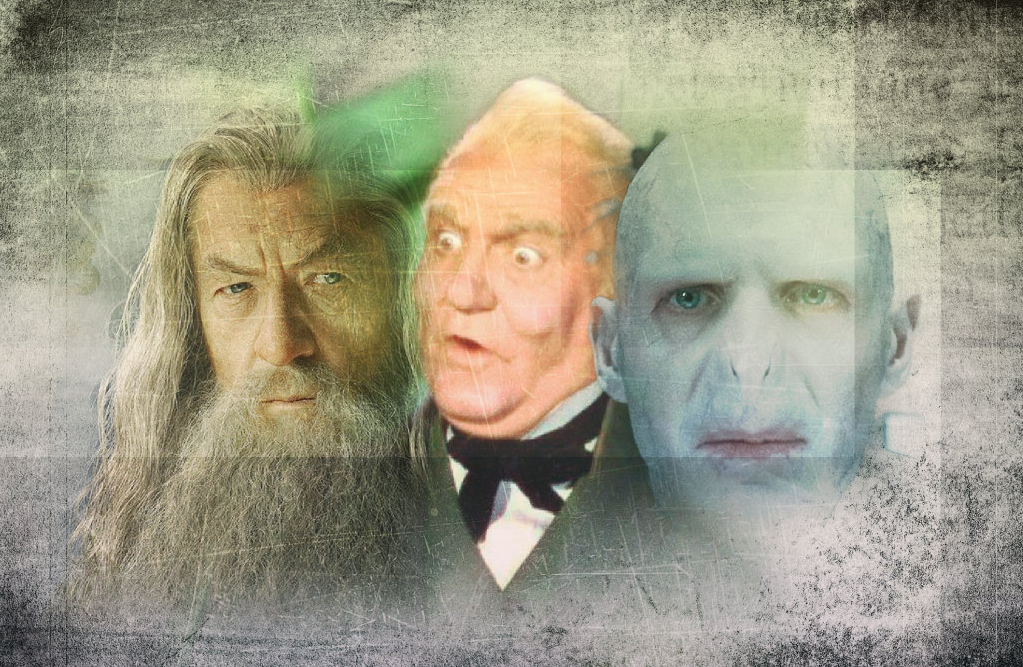 With the upcoming release of the second instalment of The Hobbit: The Desolation of Smaug to get you all raring to go here is a glimpse at some almighty powerful wizards we have already seen on screen. Of course there is an endless list to choose from when it comes to the category of magic, but here is a list of the top 5 most wicked wizards. Wands at the ready!

Although this wizard is technically a phony with some clever equipment, the sheer grandeur of his creation is powerful by itself. After trekking quite some time along the famous Yellow Brick Road, the group’s wishes get refused by this so-called wonderful Wizard and it is only when Toto reveals that there is just a middle-aged man hiding behind all the illusions that he finally helps them. His wizardry is not directly from power or magic but The Wizard still grants the gang’s wishes like anyone with power could (just not with wands and st). This all powerful ruler of The Emerald City provides the means to get everyone what they desire giving him some well earned brownie points on the Wizard scale. Despite Frank Morgan playing a fraud, he was a pretty nice one when it came down to it.

At 4 the infamous Merlin

Merlin has got to be one of the most ancient wizards of all; part human and part demon. Traced back through medieval history and myths this holistic potion lover has saved the day countless of times. As there are so many representations to choose from when it comes it this wizard, it is pretty evident how powerful and influential a wizard Merlin is. Many films have twisted this tale into many things but the most well known of all is Merlin’s involvement with King Arthur and Uther Pendragon which was very prominent in the recent BBC series starring Colin Morgan as Merlin. This takes a look at the early years of Merlin and really gives the legend a new fresh look. Merlin is an interesting wizard, gaining his power from nature, mixing and brewing elixirs to give him ultimate power. Merlin embodies wisdom and the power to foresee happening, which is probably why Arthur kept him around so long! Although a top wizard with perhaps the oldest spells in the book, many modern day wizards would certainly knock this guy’s pointy hat off his head – but this list would be incomplete if it didn’t have one of the eldest and most famous wizards of all time!

Sitting quite comfortably at number 3 is Howl from Howl’s Moving Castle (2004).

Howl is one mysterious and tremendously powerful wizard! This guy not only has the power but has the charm as well. Yes animated he is, albeit this kind of makes him even more powerful due to his abilities shining on screen through the lines he was originally drawn with. Howl uses his power to keep an entire house moving across the landscape – a castle if you will and there is no end to his bright spells that shock and astonish throughout the film. In this Japanese Ghibli, Howl not only breaks deadly hexes but has the immense power to transform into a bird-like creature to interfere when war outbreaks. This is a wizard that will always put other people before himself, whatever the situation. Unfortunately, like all wizards using too much power does eventually consume him. But fear not, a happy fairy-tale ending is there to save him!

Tom Marvolo Riddle, known to us as the bad-ass Lord Voldemort! I know what you’re thinking, how could one choose him over Dumbledore? Well he is said to be the most powerful Dark Wizard of all time. But let’s face it, through all the maliciousness and well just horrible things this wizard does in order to catch Harry, he is exceptionally skilled! He doesn’t just hash out any of spell and his constant trickery is simply extraordinary. Dumbledore himself did state that ‘he who shall not be named’ knowledge of magic was far more extensive than his own. Due to his masterful brilliance, no spell or charm would possess the qualities to defeat Voldemort if he was to gain his full strength. And oh, he does so good luck with that one guys! The length this wizard goes to stay alive and indeed maintain his legacy just shows us how this wizard has mastered deadly powerful magic. This wizard certainly knows to wield a wand and it takes several films until we witness his downfall. He is the bad guy – but not without some serious powers.

Number 1 and at no surprise it has to be Gandalf!

Deserving a place at the top of the podium is a friendly wizard with a fiery tongue that saves lives. Not just because The Hobbit is swopping into theatres, this wizard has become quite the iconic figure with help from The Lord of the Rings franchise. We are first introduced to this wise wizard as Gandalf the Grey and utterly proved his worthiness by defeating the evil sorcerer Saruman, ultimately restoring peace to Middle Earth by ensuring the destruction of the ring itself. Gandalf is a funny, smart and caring wizard who would rather put himself in danger than anyone else around him. Tolkien described his creation as being warm and eager spirited, yet quick at times to ensure the job was done. Taking on the Bulrog in The Fellowship of the Ring was a very brave and noble act, resulting in his death. Just when we think all hope is lost he returns as Gandalf the White (donning and even better beard than before!) in the next chapter of this adventure and yet again, saves the day. If being one wizard wasn’t good enough, this is two in one! Sir Ian McKellen plays this fantastic wizard phenomenally, resulting in the audience always routing for Gandalf over anyone else in the trilogy.

I for one would love to see Gandalf battle it out with Lord Voldemort – However let’s see how the wizard holds up in The Hobbit: The Desolation of Smaug shall we? We’ll leave you with a trailer for said film which hits UK cinemas this December 13th…