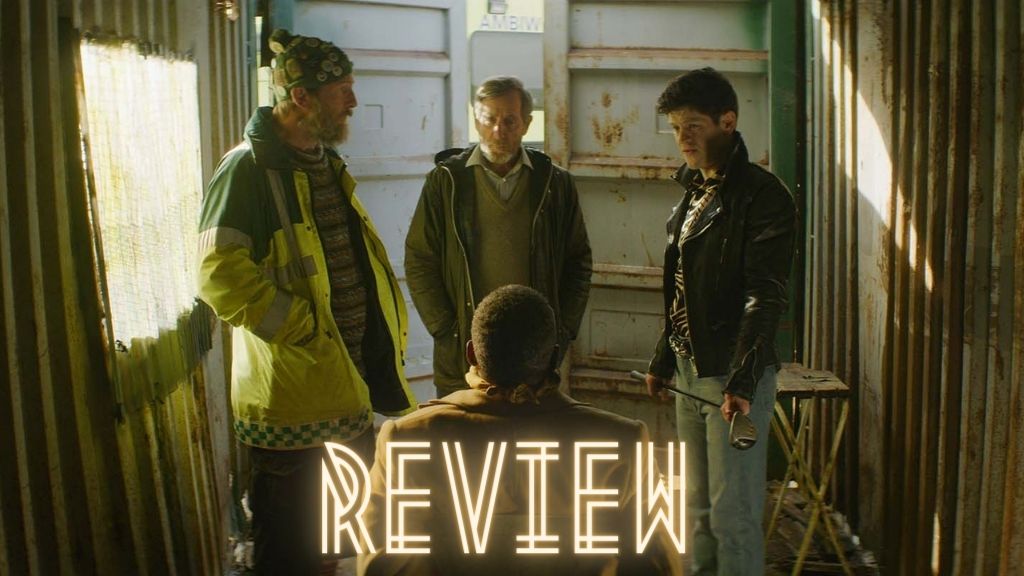 SYNOPSIS: Brendan works solo shifts in the quietest toll booth in Wales, hiding from a criminal past where nobody would ever look. When he finally gets rumbled, word of his whereabouts gets out and his enemies head west for revenge. Meanwhile, local traffic cop Catrin’s investigation into a simple robbery finds her heading for the booth at exactly the wrong time.

Shot and set in Pembrokeshire, where according to graffitied road sign “English people come to die,” director Ryan Andrew Hooper‘s debut feature is a real mixed bag of genre nuts. Billed as a dark comedy, it’s also equal parts thriller, drama, spaghetti western, and straight-up comedy, resulting in a motley stew of disparate elements that never quite congeal to form a satisfying whole.

Lead actor Michael Smiley (Kill List, “Luther”) – whose charisma alone is reason enough to watch the movie – is running a criminal enterprise from the quietest toll booth in Wales, with the help of local bad boy Dom (Iwan Rheon – “Game of Thrones”) and Cliff (Paul Kaye – in delightfully quirky mode) a dogging loving ambulance driver. Unbeknown to either of them, the man they call “Toll Booth” (Smiley) has a past that, by chance, is about to catch up with him when a gangster named Elton happens by. Cue kidnapping, murder, double-crosses, Leone-esque stand-offs and grand larceny of £1.20, and a cheese and pickle sandwich.

Also thrown into the mix is local cop Catrin (Annes Elwy) whose character brings into play a secondary plot about the hit-and-run death of her father, whose urn she keeps in her police car. This latter element of the story has echoes of Fargo about it, so, as I said, it’s a very mixed bag indeed.

Case in point: Hooper assembles an admirable cast for this Welsh indie debut that, whilst making for an interesting curio, ultimately fails to grip and last in this writer’s memory.

TOLLBOOTH releases in the US this Friday, March 18, 2022 on digital platforms.