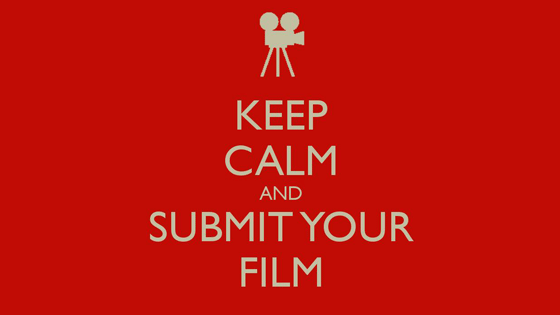 Their name is Lumiére, and they have just invented what will become one of the most revolutionary technological inventions of the 20th century – the motion picture camera. Their invention was an incredible leap for its generation; to be able to capture movement, and not just a single moment in time, was unprecedented.

In 1895, the Lumiére’s invited people along to a private screening of ten films shot using their patented ‘Cinématographe’, later taking their device and films on tour with them all around the world. Innovators and entrepreneurs descended on the new artistic platform leading to a global boom in motion pictures.

Just like all technology, production costs began to drop, size and weights of equipment began to shrink, and new inventions and advances in sound and colour technology helped revolutionise how films were created.

As the technology advanced, so did people’s understanding of it. This resulted in ‘film’ being viewed as an art form, instead of mere novelty. Early theorists such as Lev Kuleshov and Sergei Eisenstein evaluated film as an art, creating ideas which have since become so crucial and influential to the creation of films.

It would be almost inconceivable to these original innovators that 1.08 billion people would have the ability to create a motion picture with gadgets right in their back pocket. The smart phone has transformed the way that we look at ‘film’, the way we can create, edit and share it with barely any boundaries or limitations, and to a worldwide audience in seconds.

This model is paralleled by DSLR, handheld and video cameras that have all increased in quality and reduced in size and cost. This has given the green light for ‘low-cost films’ to reach successful dramatic release; The Blair Witch Project cost $60,000. Paranormal Activity cost $15,000. El Mariachi cost $7,000. The list continues, and with the continued advances in technology, it will continue to grow.

However, has this liberation led to a decrease in quality?

Every minute, over 100 hours of footage is uploaded to YouTube. There were over 45,000 unique titles submitted to Withoutabox (an online film festival submission website) in 2010. But how many of these are actually of any worth?

It’s no lie; film has not been perfect since its creation. There have been huge flops whether that is critically or in the box office. But the sheer quantity of film has increased massively in recent years, and through a gigantic rise in visual media such as cable/satellite TV, smart phones, tablets, social media websites and video hosting websites, we are given access to almost anything we want. 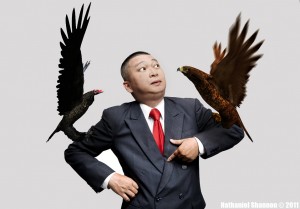 Nevertheless, some of these crappy cheap flicks strike lucky and reach cult status. Birdemic, for example, directed by James Nguyen was made for $6,000 and has become infamous in the movie world. Despite its nauseating CGI, awful acting and disastrous directing, it paved the way for Nguyen to obtain funding for Birdemic 2 and the intriguingly titled Peephole, the Perverted.

It’s not all bad news for low budget films, with Kevin Smith’s Clerks being a prime example. Made on what is considered to be a shoestring budget of around $27,000, Smith worked in the shop he filmed in to raise money for the movie, maxed out ten credit cards and was forced to use black and white film to reduce the cost. However, Miramax picked up the film after a screening at the Sundance Film Festival, where it was given another $230,000 for post production and distribution. The film went on to make $3,151,130 at the Box Office. As it turned out, Smith had a talent for screenwriting and directing, moving on to be a success in Hollywood.

Smith had a dream, he had a script, and he had the drive, and he found success. That is a model that all wannabe film makers urge to imitate, but often do not. Even with an incredible technical emancipation, talent and luck need to be present too.

The huge quantity of unique titles being submitted to Withoutabox does not necessarily reflect the quality, and only a small percentage will actually go on to win anything.

Where film makers have triumphed is in simplicity. Look, for example, at the amazing success of Paranormal Activity, made for only $15,000 and grossing over $100,000,000. One reason credited to Paranormal Activity’s achievements was its marketing campaign. Paramount’s co-president of marketing, Josh Greenstein, said:

“…we didn’t want to show your usual kind of scenes and cutting-style horror movies have been using. We wanted to use an experiential sell to help dictate how and where it rolled out to the consumer.”

The modern day audience is unconsciously sophisticated. In other words, we have become accustomed to superb quality VFX, HD quality viewing and the over-used viral marketing technique. Paranormal was never marketed as a ‘found footage’ type movie, like the Blair Witch Project, but instead as fiction. The film was made to scare, not for the audience to question its reality.  It also understood that one’s imagination is far superior to whatever VFX can create. We never see the demon in Paranormal, and it’s that very key factor that terrifies us.

So is simplicity the key to a successful low budget film?

It seems that even with what turned out to be hugely popular films, it was the marketing of them that eventually lead to their success, regardless of how strong the idea was. Hollywood blockbusters often have multi-million dollar marketing budgets, and no independent film can match that.

It seems that even with a modern liberation of film production, without a healthy dosage of talent and luck, you’re not going to have the next Reservoir Dogs. But that is no reason to stop making films. As the late and great Stanley Kubrick said “If it can be written, or thought, it can be filmed.”

In this article:filmmaking, low-budget, success