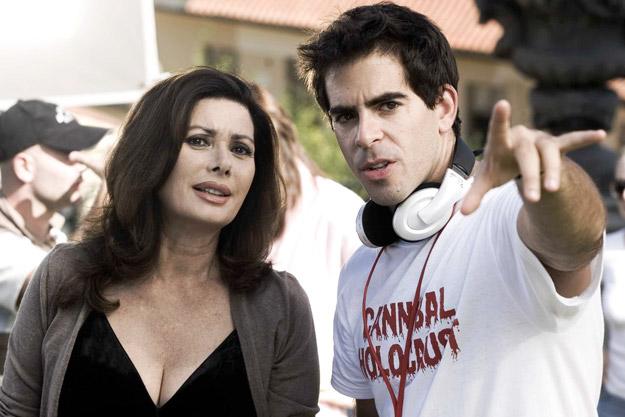 Eli Roth is certainly no stranger to the horror genre. A writer, director, producer and actor, he is responsible for such films as Cabin Fever, Hostel and its sequel Hostel: Part II, also making up part of the Splat Pack which includes such directors as Alexandre Aja (Piranha), James Wan (Saw) and Rob Zombie (Lords of Salem).

Roth’s latest movie The Green Inferno was premiered as part of the 2013 Toronto International Film Festival and is a cannibal horror film about a group of student activists who travel from New York to the Amazon to save dying tribe. However, on their way home their plane crashes in the jungle and the group are taken hostage by the very natives they protected.

Echoing such cannibal films as Cannibal Hollocaust, The Green Inferno was shot on location in Chile and Peru. When asked how difficult the shoot was Eli said “We went to a place where no camera had been before so it was pretty crazy. I wanted to have an adventure and we got one it was five hours of traveling every single day, there was no electricity, no running water. These people had never seen a movie or watched television, they had never seen ice cubes before, it was really that level of people who were disconnected from modern society. It was amazing. We had to get yellow fever shots, and there were poisonous snakes and spiders. It was the amazon so it was no joke. It was scary at times but I am glad that we pushed it and did it and here we are.”

The film features the amazing SFX talents of Greg Nicoterro and Howard Berger who have both worked on The Walking Dead so you can expect effects in the film to be bloody fantastic. There is no official release date yet but, based on the buzz surrounding the film and the fact that it has been snapped up by the distribution company Open Road and a sequel is already in the works we’re bound to hear a set date soon.

In the meantime, for those wanting a teaser, Eli Roth recently made an appearance on the popular American television show, “The Tonight Show” with Jay Leno to introduce the very first clip from the film. The footage starts about a minute in. Enjoy.