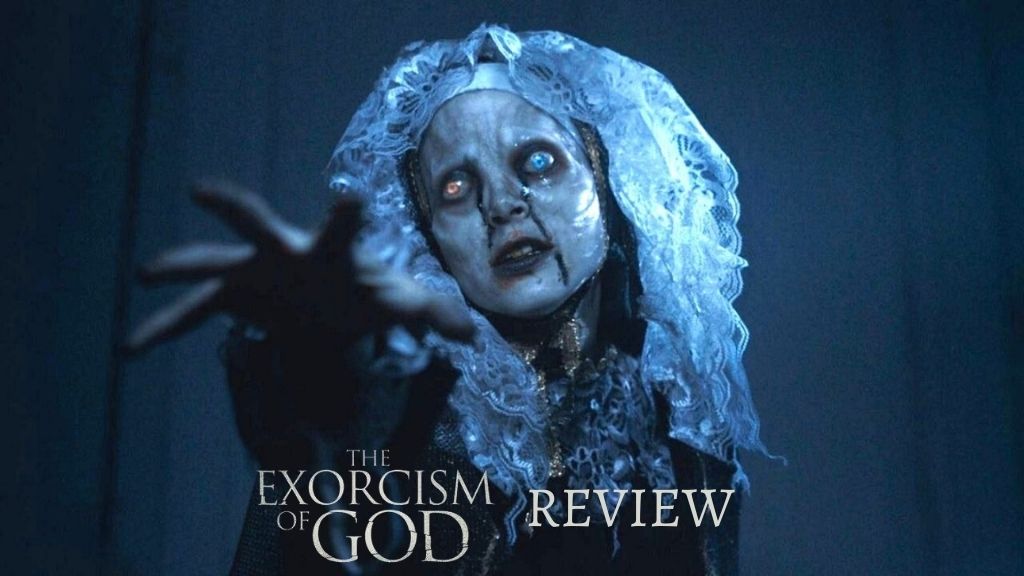 SYNOPSIS: An American priest working in Mexico is possessed during an exorcism and ends up committing a terrible act. Eighteen years later, the consequences of his sin come back to haunt him, unleashing the greatest battle within.

You must give it to writer/director Alejandro Hidalgo (The House at the End of Time) for coming up with such an attention-grabbing title. It’s quite the show stopper. Alas, the film itself fails to live up to such hype and instead ends up being another derivative knockoff. By all means, pay homage to your films influences – The Conjuring: The Devil Made Me Do certainly tips its (priest’s) hat to The Exorcist – but here, Hidalgo and co-writer Santiago Fernandez Calvete, simply borrow wholesale from both Friendkin’s classic and Blatty’s 1990 sequel, The Exorcist III – which is a real shame as there certainly are things here that catch the eye and would have worked that much better if the film hadn’t felt so derivative.

Father Williams (Will Beinbrink – looking pained throughout) carries out an exorcism to save the life of a young woman, despite orders against doing so from the more experienced Father Lewis (Joseph Marcell). Given how seriously the film takes itself, you’d expect there to be a significant psychological element to weaken William’s resolve; however, the temptation here is merely sexual in nature.

18 years later, we find the Father working at an orphanage. As the children there begin to die under mysterious circumstances, he is called to the local women’s prison as they believe an inmate is now possessed. Here, it becomes clear that he must face the demon who forced him into a terrible act of sin many years before, and it’s this demon and others that provide the film’s strongest asset. A possessed Jesus complete with crown of thorns, a gliding statue with bulging eyes – all make deeply disturbing appearances. However, their constant use to provide jump scares soon becomes tired, the film sorely lacking an atmosphere of dread.

The extremely loud and ridiculously over the top climax which involves multiple possessions and increasingly poor dialogue “I don’t know if I should spray holy water or bleach,” is played so straight that its impossible not to be taken out of the moment and even more difficult to care what happens to the characters.

Whilst The Exorcism of God contains some genuinely freaky imagery, the lack of originality and heavy reliance on jump scares, results in there being nothing to make it stand out from the crowd. The ending suggests the possibility of a sequel, but on the strength of this, this writer would suggest that’s unlikely.