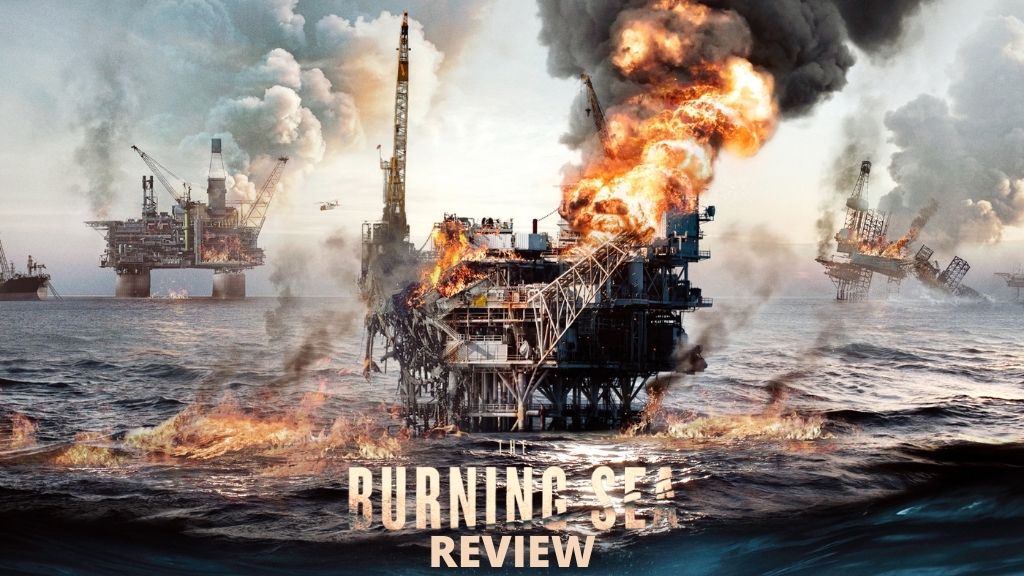 SYNOPSIS: From the creators of the intense duo The Wave and The Quake, The Burning Sea takes us to the Norwegian coast, where a dramatic oil spill threatens to cause devastation to the waters and land around it.

Despite the title, this film is actually very little about the literal burning sea and is more of an emotional feat, focusing more on the lengths we’d go to survive and what we’d do for the ones we love.

What did we expect? Huge explosions and fires as high as buildings? This isn’t directed by Michael Bay, after all. This is a more toned-down and emotional feat that favors this over Hollywood-style special effects and cheesy drama.

As with both The Wave and The Quake, The Burning Sea is another family-centric nail-biter. This time we follow Sofia (Kristine Kujath Thorp) as she makes the life-threatening decision to venture back to the location of the spill to save the man she loves, preventing his son from growing up without a father. What ensues is a supremely tense and gripping journey as Sofia rushes to make it back before the oil spill is set alight; the only option to prevent further destruction to Norway’s surrounding countries. I was just glad to see that this one left out poor Kristian Eikjord, because, by the end of The Quake, he’d really been through enough.

Unlike The Wave and The Quake, though, this one is without that singular and dramatic piece of spectacle that was so impressive in the previous films. It is easy to say that this one pales in comparison in that respect, but even The Quake dipped in quality compared to The Wave. Nonetheless, there is still a great and concise story at this film’s center that will ensure you’ll get to the closing credits feeling mostly satisfied.

The Burning Sea matches the previous films’ pace and pervasive sense of threat thanks to another well-written script that is easy on the cliched dialogue. The score again does well to ramp up the drama and supports the on-screen action with some much-needed energy.

It’ll be easy to compare this to America’s oil-spill thrill-ride Deepwater Horizon but don’t worry, director John Andreas Andersen is well-aware you’ll be thinking that, so listen out for the obvious name-drop of the 2016 Mark Wahlberg-starrer. However, aside from the blatant thematic connection, that is where the similarities end. The Burning Sea opts for a strong female lead, which is always refreshing to see, but doesn’t focus too heavily on this. It feels extremely natural and understandable for Sofia to go rogue and attempt her own rescue mission; she has the ability after all.

The Burning Sea is a great piece of disaster filmmaking, that may not reach the action-packed heights that you usually expect from films like this, but is still a well-made, entertaining, and semi-unpredictable ride through Norwegian waters.

THE BURNING SEA is in theaters and On Demand now through Magnet Releasing and releases digitally in the UK on May 30 through Elysian Film Group Distribution.