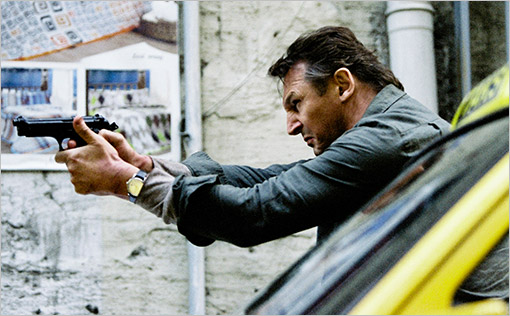 Further to the much loved Taken and the comparatively pedestrian affair that was Taken 2, Olivier Megaton has been tapped to return to direct Liam Neeson for even more veteran special forces ass kicking in Taken 3.

Original director Pierre Morel stepped down after the first movie with Megaton taking the reigns for part two which was distributed by 20th Century Fox. Said studio are expected to pick up distribution rights for part three but this is still under negotiation. The film could head into production as soon as this very March and reports are just in that none other than Forest Whitaker is curently negotiating a role to star alongside two already confirmed returning members, Liam Neeson and Maggie Grace.

Whilst Neeson was initially hesitant to reprise his role as Bryan Mills for the sequel, a 15 million dollar pay check change his mind and reports say his mind was a bit harder to change this time with a 20 million dollar offer sealing the deal.

Both Luc Besson and Robert Mark Kamen remain firmly in place as scribes for the third entry in their franchise and Besson’s EuropaCorp will continue pre-sales for the film in Berlin next week.

If Robert Mark Kamen’s recent comments are anything to go by it sounds like part 3 will take audiences down a completely different route:

”We didn’t start talking about [Taken 3] until we saw the numbers. But then we said, ‘Oh, okay. I think we should do a third one.’

“We’ve taken everyone we can take — it’s going to go in another direction“.

Who on earth Leeson will have to save this time is anyone’s guess but as soon as any further casting or script details are revealed we’ll let you know.