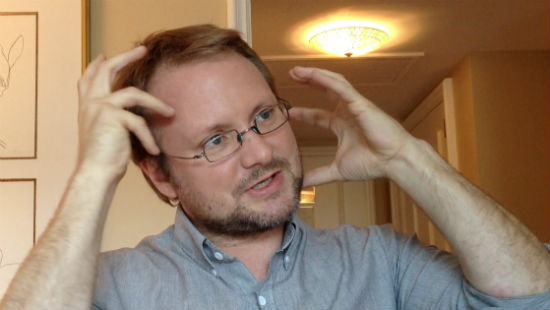 I think quite a few people are excited about the progress of Star Wars Episode VII and rightly so. As J.J. Abrams gets cracking with his fabulous cast, the excitement grows stronger as it is revealed director Rain Johnson is in the running to take on Episode VIII.

Previously we have seen this director give us the indie, off beat tale that was Brick and the time travelling, mind-blogging epic, Looper. Add in some spaceships and some aliens, it seems Star Wars will yet again in good hands if this goes to plan. Sources state they wanted a director that hasn’t done anything too conventional and they have certainly found that in Johnson. It has also been reported that Johnson is rumored to be having a part in Star Wars Episode XI as well. Although Johnson did tweet a clip making it semi-official earlier this week, so we are just waiting on Lucasfilms to say the words.

Whether or not the man is going to land this gig, this is a big opportunity for Johnson and to be honest many directors dream. If he is offered the role he would be silly to turn it down! Looking at this guys track record, of course including the out-standing Breaking Bad episodes the man has directed, it is evident he can bring talent, skill and hopefully a refreshing tone to one of the biggest sci-fi franchises of all time. Let us know if you think Johnson is a good choice in the comment box below!