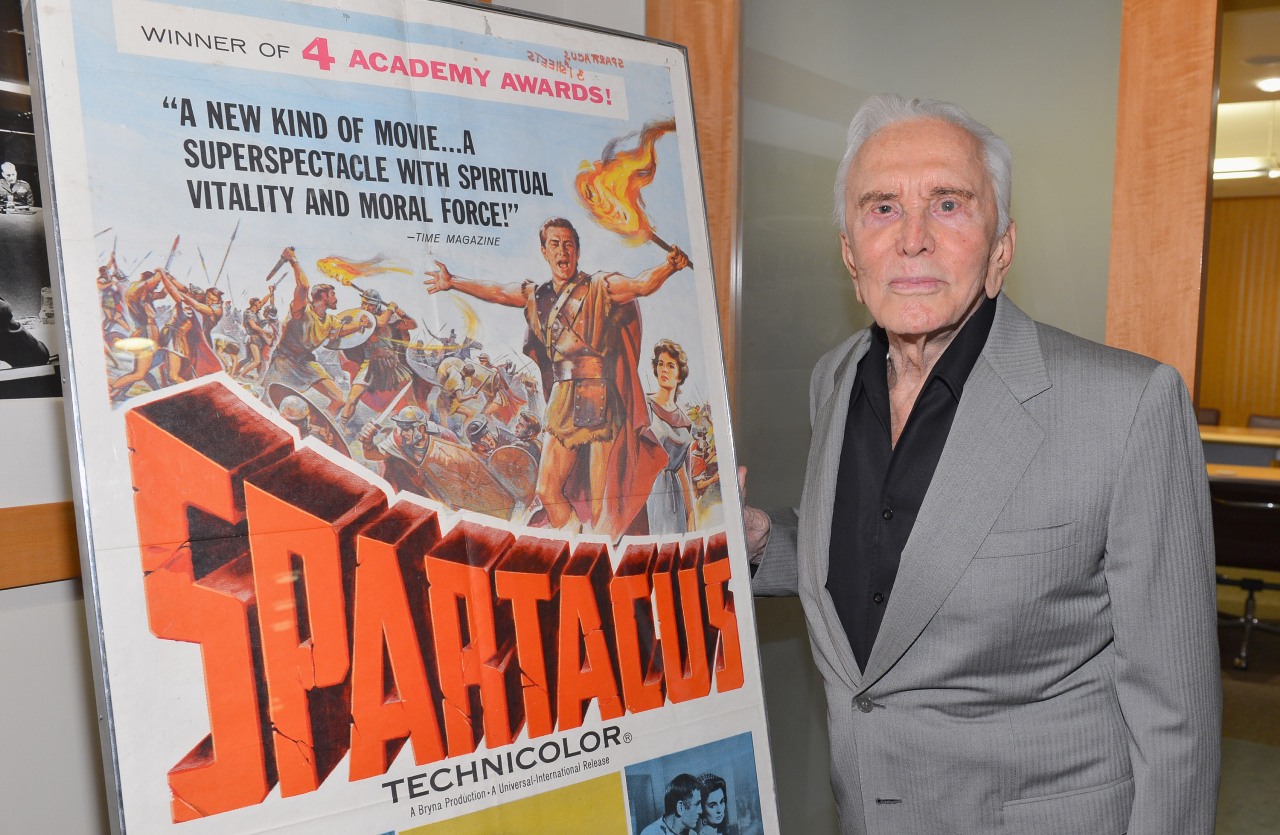 You don’t get ranked fifth on the American Films Institute’s ten greatest epic films for nothing, but is Stanley Kubrick’s masterpiece simply an ‘epic’ or does it bear more ideological themes than first expected?

Spartacus is the tale of a slave who manages to guide an army to a revolution against the Roman Empire. Based on a true story, Spartacus is truly a revolutionary symbol; that’s all well and good, but this is was over 2000 years ago, so many assume that this is merely a fantastical tale from the past. But, on closer inspection, it’s not as simple as that.

Released in 1960, Spartacus was distributed at the height of the Cold War. Tensions were high and a revolution was the last thing on both the American and Soviet’s wish lists. Make no bones about it, the film was never going to be a catalyst for a revolution, but, in its own subtle way, the film and its creators managed to defy the American government. For example, Kirk Douglas, the actor who plays Spartacus, co-produced the film through his own company, Bryan Productions. Infamously, with the American government on high alert of a communist invasion, the House of Un-American Activities Committee (HUAC) publically expelled and humiliated ten high-profiled directors and screenwriters, blacklisting them from the entertainment industry. The punishment was so severe for these so-called communist sympathisers that some were sent to prison. This was a farcical and exaggerated procedure as many of their public trials were based on little proof; some simply declined to answer, expressing they did not have to, and they were branded dangerous.

Kirk Douglas, in true Spartacus style, employed a blacklisted screenwriter in Dalton Trumbo to adapt the film. Douglas also hired blacklisted actor Peter Brocco, proving that he strongly disapproved of the government’s actions. Douglas also made sure Spartacus had deep roots in religious grounds. He wanted the story to mirror the story of the Jewish people, as he was a devoted Zionist. This caused a few problems, as screenwriter Trumbo, was more interested in making it a comment on the modern-day politics regarding the Cold War, understandably after his denouncement. Once again, this film openly opposed the government: not only did it employ blacklisted ‘Soviet sympathisers’, the film openly signifies the struggle of the Cold War.

Another way that Spartacus ruffled a few feathers is through explicit dialogue within the film. In the scene where Gracchus is found guilty of helping the revolt against Rome, Crassus (Laurence Olivier) says, “In every city and province, the list of the disloyal have been compiled.” This clear jab, by Trumbo, at the watchdogs is perhaps not so subtle, but neither were the methods of the HUAC. This is made even more poignant for the fact that, at the time of filming, the blacklisting was still on going. Evidently, Hollywood took note: both Hedda Hopper and John Wayne expressed their distaste for the film, condemning it as “Marxist propaganda” prior to its release. Showing their clear right-wing views, these Hollywood legends recognised the anti-governmental messages in Spartacus.

But what is Spartacus about? Revolution through violence? A humiliation of authority? The ultimate underdog story? Love, explains Douglas: “Love predominates all through the movie: love between Spartacus and Varinia, love among the men; the whole revolt was based on a love of freedom, a love of humanity.” There is no doubt Spartacus is a truly inspiring story, which is wonderfully told by Kubrick. Although the theme of love is predominant, it did cause some controversy with its strong political undertones: the use of blacklisted screenwriters and actors, the explicit jabs at authority and the religious symbolism shows that this film was just as hard-hitting in the 1960s as Douglas’ character was in 60BC. Spartacus would be proud.