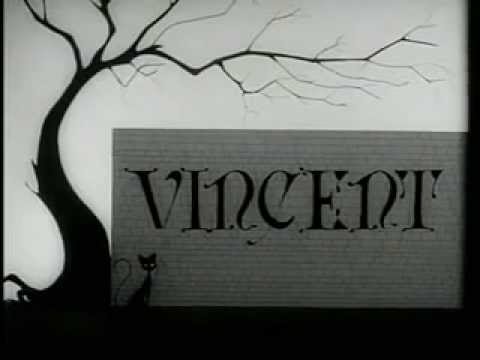 What do you say about a phenomenal director who has lost the plot a little bit? Yes, I’m talking about Tim Burton – that electric haired genius whose flare for the gothic and macabre excelled in the late eighties and nineties. The man was an icon, especially to a generation of odd ball kids who couldn’t fit in. Spawning Henry Selick’s A Nightmare Before Christmas, gifting us with the Michael Keaton’s Batman and making us blub along with Edward Scissorhands. Now it’s all become a little boring. Even Burton boffins who guiltily enjoyed Sweeny Todd had to admit that, by the time we got to Dark Shadows, we had to call it quits.

But going back over his legacy, one that spans generations and still teaches them to be unafraid of their darker quirks, Burton is an icon. Though met with mixed acclaim with his recent Big Eyes (which is a shame because he really tried to do something different,) you can’t help but be impressed that it all kicked off thanks to a dead dog and a little boy named Vincent.

This stop-motion, black and white drenched animation is everything that Tim Burton means – a defining short as compelling as Edward and as ghoulish as Frankenweenie. With his defining pointed jaws, big eyes and swirling spirals, Vincent is a delightfully grim small film. Revolving around the titular character, whose last name is Malloy, this is the story of a nine year old boy who wishes to be horror master Vincent Price.

The short is told in this excellent narration, all in rhyme and a deep rolling elegance by Vincent Price himself, Vincent is a great example of how Burton can enthuse his gruesome imagination and translate it well to an audience. Very much a celebration of Vincent Price’s career, and immortalises the idol relationship, it is shaped by Burton’s love for horror and twisted little children. In a great way, the short is brimming with this chilling yet exuberant nature and striking imagery as though Edgar Allen Poe had emerged, rapping on the door like the raven.

Definitively Burton, the memorable moments within the film are visionary and harken of future projects years from the 1982 project. Obviously a testament to Burton’s love for crooked stop-motion animation, Vincent is a wickedly clever project. And though now, the director is running his uniquely flared movies into tedium, he did have a couple of moments and decades where all he could produce were original excellence. Vincent is one of them.