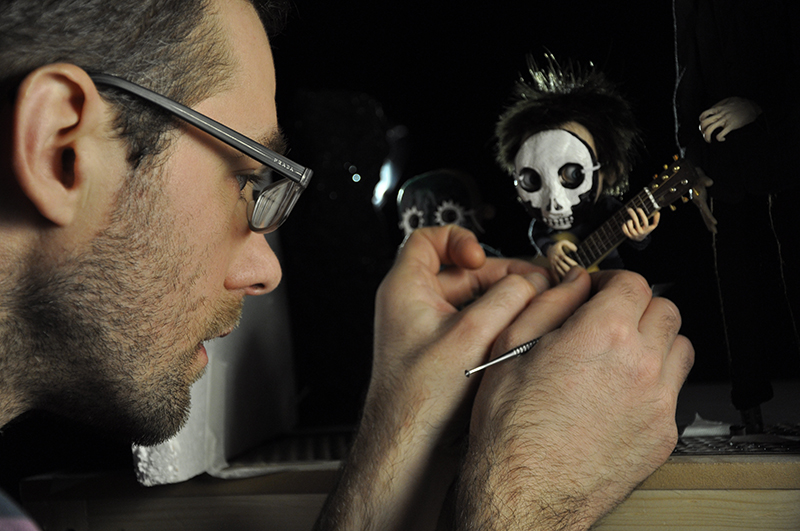 Ainslee Henderson. You may recognise that name from his previous outing the Making of Long Bird; which scooped to coveted Best Short Animation at last year’s BAFTAs. This year saw his new film, a singular stop animation outing, I Am Tom Moody beaten by the brilliant Sleeping With The Fishes but this wonderful short animation about a stifling musician is still an incredible piece of work.

I Am Tom Moody centres on the titular character who is narrating his less than stellar music career. Voiced by both MacKenzie Crook and his son Jude Crook, Moody faces his fear of performing and the inner voices stifling his creativity. Telling the tales of his past mixed with the hesitations of his future, I Am Tom Moody is a tantalising piece of animation that is full of merit and heart.

Henderson is already amazing at captivating the voice of struggling artists; that mentality that you are never going to be great or flashbacks of times that have gone wrong. In this film, alongside the stellar voices of both Crooks (MacKenzie himself doubles up on narration,) the personality and the feat come across in fantastic form.

Added to the surreal narrative, and the exploration into childhood, Henderson’s animation is a complete revelation. Mixing puppets and claymation in this painstaking art form, there is a different calibre of imagination; breathing his life into the craft and making it walk seamlessly on screen.

Above all, this stings of the realistic troubles that the mind may plague you. There is a genuine earnestness here and it powers the movie through and becomes this delightful seven minutes with so much to work with. Funny, poignant and greatly achieved, Henderson truly puts his all into this film.

In this article:I Am Tom Moody