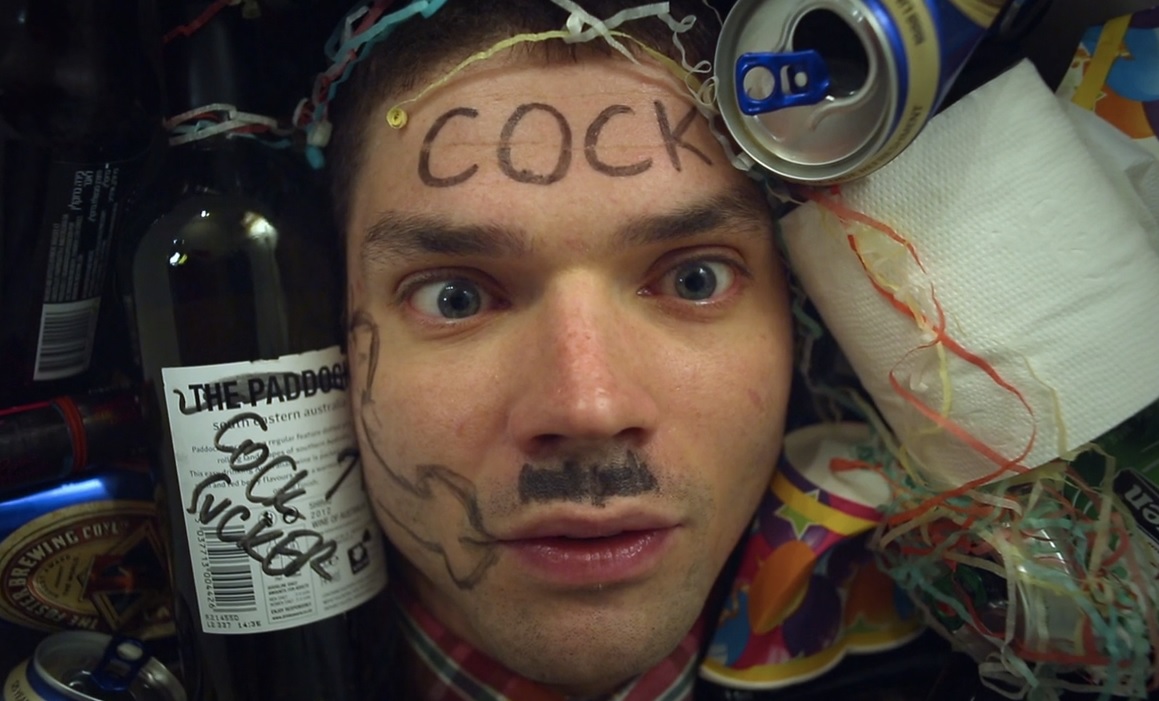 I know a lot of us have had the similar thought when watching the Nicholas Sparks adaptation One Day. “What happens if this movie was based in toilets?” I had that, especially as the original one with Anne Hathaway and Jim Sturgess was panned and flushed away pretty sharpish. Writer Gabriel Bisset-Smith has created a short film that not only has some particularly funny moments, but has a tender (if somewhat painful) core in it. The important part of ‘Toilets’ is how ridiculously realistic it feels.

Specially commissioned by Dazed magazine, ‘Toilets’ tells the story of George and Fee, two people who meet each other at a house party. One is passed out in the bath while the other is throwing up in the toilet. Despite the unusual circumstances (though, I’m telling you, I know a lot of couples who have met that way,) the pair connect. Flash forward a couple of years and they end up meeting at separate events, in different times of their lives. Told you, it’s One Day in toilets.

Never mind that though, Bisset-Smith has created something a bit more organic here. ‘Toilets’ is still a humorous drama that looks at life straight in the eye, snorts a line and allows a relationship to develop. It holds back on sandwiching in their backstory with hammed up plot preposition which actually relieves the film of silliness and becomes all about the tension and drama between the pair. The acting from is strong (Bisset-Smith himself with Elena Saurel) because they are able to convey a wrought past in a few lines. The comedy comes from drugs, alcohol and the situation but at the centre it is a realistic drama with a tender end.