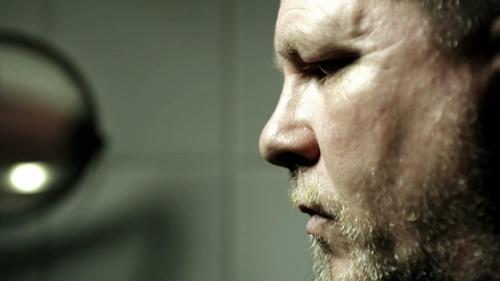 Sometimes the police get it wrong. Very wrong. Look at the institutionalized racism and murder in the case of Ferguson, with residents fighting back against the unlawful killing of Mike Brown at the hands of a police officer. These aren’t just pockets of isolated events in America either. Most notably, in 2005, underground police officers shot dead Jean Charles da Silva e de Mendes for wrongfully identifying him as a London Bomber. In this society, the world is full of distrust and prejudice that is quaking in the hands of professionals allowed to hold a gun. In 1999, that ill-informed power caused the death of Harry Stanley.

In Jeremiah Quinn’s short film, The Strange Death of Harry Stanley, a hurried collection of witness accounts and a scared, mindless attitude of the police lead to the unnerving death of the man. Recovering from cancer and going out on a much needed walk, suspicions were raised by an object in a plastic bag. What turns out to be a table leg spells confusion for the police and Harry is fatally shot. Giving us the perceptions of his family and the last day of his life, Quinn allows us into a story largely forgotten in time.

The film uses a deceiving narrative, in subtitles and set up, to hit the powerful message home. Sending us down one route that was perceived as verbatim only to rewind back, we can feel the full and shocking extent of hurried messages and mistaken officers who took Harry’s table leg as a gun. What Quinn enlightens us to are the little lies the media and police have taken, allowing us to see every side to the story and treat some “facts” with caution. Quinn balances it with delicacy, giving us an earnest and gentle look at Stanley and his family, whch underlines the shock of the killing. Drenched in the gorgeous cinematography and DP shots that are evocative, The Strange Death of Harry Stanley is a stirring piece that tackles the weight of power those who enforce the law may have.