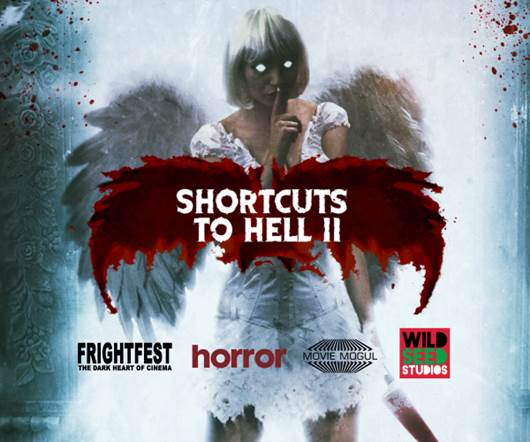 Short Cuts to Hell 2, hosted by the Horror Channel delighted, and thrilled audiences last week with their showcase of devilish shorts that were marvellously done. A whole range of films took centre stage and viewers of the infamous channel could cast their vote on whatever film they perceived as best from the evening and luckily for us, the votes cast Hubert’s Ghost as the outstanding victor for the evening.

With just the right level of wit and comedy with great special effects, Hurbert’s Ghost is a somewhat charming short film that revolves around a family living in a haunted house. The problem is that the inhabitants are rather, vindictive, so in order to not be seen – the family wear a bunch of handmade Halloween costumes to hide from their vengeance. But when Angeline, a spectre, befriends Hubert – could he be convinced to take the mask off?

Scooping up the stellar prize, film-makers Lloyd and Joe Staszkiewicz have made a quaint and quirky film that may not deliver solely on the frights, but tickles with a wholly original and rambunctious idea. The effects are done wonderfully well with some fantastic characters in such a small amount of time. It’s all rather delightful (but yearning for a fuller and depth filled film that luckily will come as part of the prize is to develop the film and have it premièred at Film4’s Frightfest next year). Ingenuitive and innovate, the film will grasp you in it’s whimsy and wonderfully so. Of winning the prize, Lloyd applauded the horror channel for giving them the opportunity as well as saying “it’s amazing to have one this ace competition” but expressed how tough it was heading to public vote. That being said, they certainly charmed here and you’ll be happy to know that their efforts will be screened on the horror channel all this month. Find out more about the winner here.