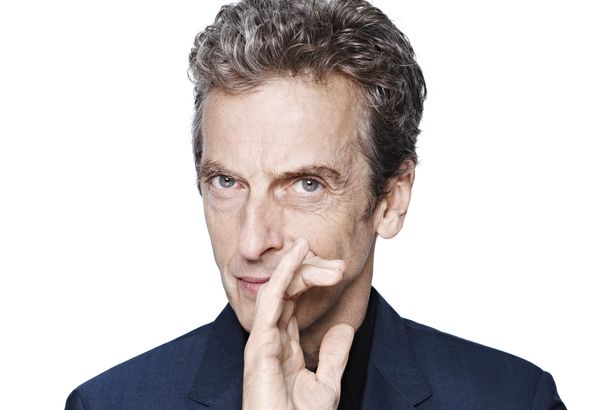 If you have been living under a rock the past year then you will be forgiven for not knowing the name of Peter Capaldi. The rest of you have absolutely no excuse. Capaldi was the swearing press mogul in charge of political campaigns in the highly successful In The Loop followed by award winning, The Thick of It. He also stars now as the latest Cardinal Richelieu in BBC’s Three Musketeers.

Oh, and he is The Doctor.

So yes, all eyes are on Capaldi as he enters the tentative (or, twelvetative world if you want a bad Doctor Who joke) world of Moffat. But it was a genuine surprise to find out that way before all this crazy fame, Capaldi is actually an Oscar Winner. Not only did he write an award winning short, but he directed it too. Indeed, back in 1993 with the help of famous British actors, Capaldi created Franz Kafka’s It’s A Wonderful Life.

Centring on the famed writer (played by The Great Intelligence himself, Richard E Grant) as he attempts to write the great Metamorphosis. However, he is stuck on that immortal first line; exactly what will Greg Samsa turn into? It doesn’t help that the neighbours in the complex he lives in are the most disruptive

Here, Capaldi balances that heart wrenching pain of writers block with comedic precision and wit. Combining vivid imagery, colourful characters and the pain of hammering out a story that’s stuck on the edge of your fingertips, this little short is an endearing and fun endeavour. It also helps that the lead here is Richard E Grant who is simply charismatic and, as Kafka, pains and delights all at the same time. When the insect scuttles by him, the look of wonder and relief is insanely compelling. With the added acting bravado of Ken Scott, a creepy bug obsessed man, it adds this mix of character and intrigue with clever angles and an interesting stripped set.

A labour of astute intelligence and clever, if not at all historical, stab at writing and emulating Kafka.