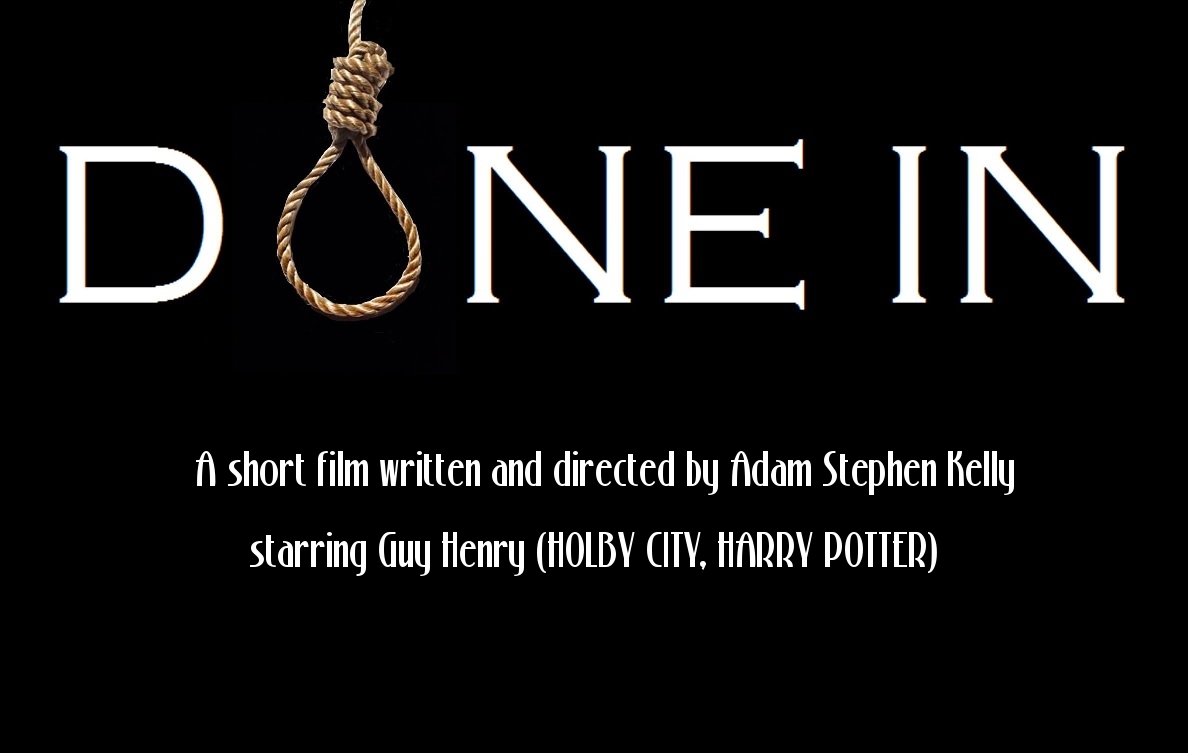 It happens once in a while. Actually, more often than one would care to admit. You come across a film and you so adamantly know where it is going that you try desperately not to switch off. Predictable and teetering on the yarn, these stories come and go without a second thought, and you’ll probably forget about them the minute the credits role. Silly me, writing this now, I fell into that trap watching Done In. And thankfully, that is exactly what you are meant to do.

Done In is a movie by up-and-coming director, Adam Stephen Kelly. It revolves around a man in his stately home, dictating a letter to his loved ones. Reminiscing on the old days, the death of his wife and the inevitable drifting apart from his son, it becomes more apparent that this isn’t just any old letter, but in fact, a suicide note.

Kelly has written and produced a superior thriller here that should by no means be judged by it starting off as seemingly sappy as a drama could get. Gradually, as the short goes on, Kelly toys around with the narrative, utilizing eloquent sweeping shots and piano fare to tinker on your heart strings portraying a man in the midst of sorrow, Kelly lures you into what would be a cliched film and then flaws you with a counterpunch. Impressively executed, the resulting short defies your cinematic knowledge and toys with the thought process of the audience in such a unique way.

Things are bettered further by the fact our lead is played by Holby City’s Guy Henry (a man who could easily pass as an older Tom Hiddleston.) Henry doesn’t speak per se. In fact, it is mostly in narration. His sultry tones though are complemented with those fiery eyes, powerfully conveying both emotion and plot. Eyes that are soft, menacing and perplexing all at the same time, catching the light of the flames.

Stephen Kelly has produced a genius of a short with Done In. Sly, skilled and stunningly shot, it is one that certainly shows all the warning signs of a promising filmmaker. We look forward enthusiastically to whatever he has up his sleeve next.