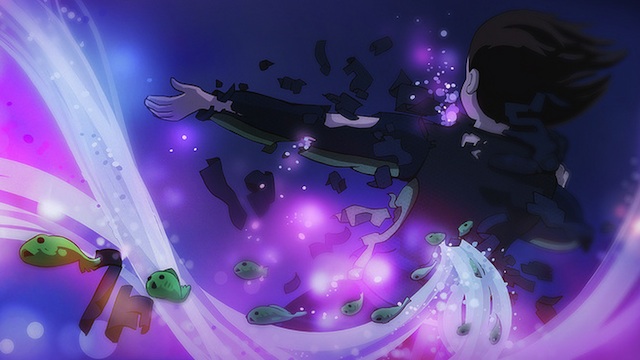 Conveying mental illness on screen is a tentative process. Even bigger pictures that have scored Academy Awards do some injustice to those suffering, allowing stereotypes and tropes to perforate our daily life. Some films can do it well; Short Term 12 and Filth immediately spring to mind of accurately depicting people coping (or, in the case of the latter, falling apart) with a mental illness. Speaking candidly, as someone who is going through the motions of getting treatment for my old “broken brain” – figuring out what emotions are truthful, what thoughts are accurate and how to move forward with a diagnosis, a bottle of meds and therapy. More importantly, the fear of losing myself in the bleakness of pills or keeping the world a little bit vibrant but with troubling aspects.

Which brings us to Caldera – a stirring short film by Evan Viera – and the decision that weighs heavily on many. Focusing on our heroine, Caldera follows her journey as she abandons her medication and with it the bleak metropolis around her. She does so in pursuit of her fantasies that come with it beauty and pain. Can she find the perfect balance between the harsh truth and the dangerously captivating dream?

What is stunning about Viera’s Caldera is the core character. Her facial expression just hum of different levels of depression, mental illness and schizophrenia. It’s the sad dwelling in the bleak metropolis and the unnerving relaxation of the increasingly vibrant and alluring

worlds that her mind concocts that strikes an echoing tone with our character. This feeling of disturbing euphoria, as someone unwinds because the fantastical world seems safer or more colourful than the norm is portrayed acutely in this brilliant short narrative that makes the character feel flesh and bone instead of computer code.

Viera’s work here is phenomenal. Within 11 minute he travels visual to these vivid and imaginative areas of her psyche. From cities with plant growth, blooming into flowers and animals to nebula journeys within the milky ways of her mind, this is a visionary film that is sublime in its artistry. It adds depth to the story as you understand why our protagonist is tempted to stay there contrasted against her grey world. It’s a rich tapestry of animation that transcends into this dreamscape effectively well.

Helped by Chris Perry and Chris Bishop, this is Viera’s testament to a, hopefully, lengthy and incredible career as he writers, directs and scores this exquisite and award winning