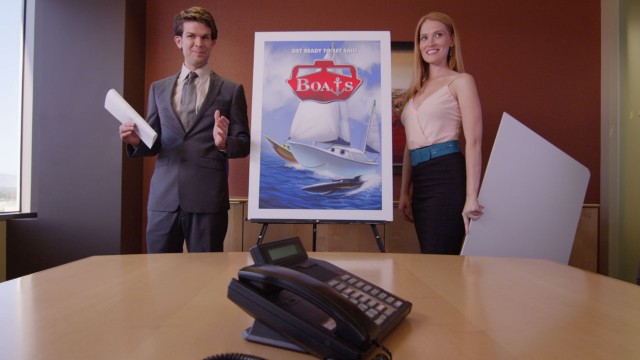 Ok. So straight of the bat, I must say, I am a little bit biased when it comes to anything that pokes holes at Disney. I am not saying that they haven’t had a long history of stirring animation and innovative films that have developed the very nature of cartoons. I’m just saying that, though creators and artists have integrity, there is a vast array of money grabbing low lives in the company that will produce as much as they can for as little as they want in order to monopolise on merchandise. It started with Cars 2, it continued with Planes and the next logical step would be Boats, right?

So enjoy exactly what happens in the studio executive’s room when they come up with the brilliant anthropomorphic sail and speed boats that inevitable tell the tale of an underdog trying to win a boat-race. The eyes practically glint the dollar symbols like Scrooge McDuck as they rip-off some beloved storylines in order to sell billions.

Look there is no denying that John Lassester’s passion project was Cars but Cars 2 was so blatantly an exercise to whore our as much from our children’s pockets as possible. Though an unpopular opinion because Pixar have trundled out glorious films, the fact is that Disney has an investment to stretch the imagination over as many products as possible. It’s a sad truth that has seeped into the minds of everyone thanks to the global sensation of Frozen. Justin Dec has, in a comedic and witty way, created a film that showcases what may happen in those dusty “sweatbox” boardrooms. It’s executed extremely well. Though tongue in cheek, there is also a smidge of truth here.

Hopefully, it won’t give people ideas.