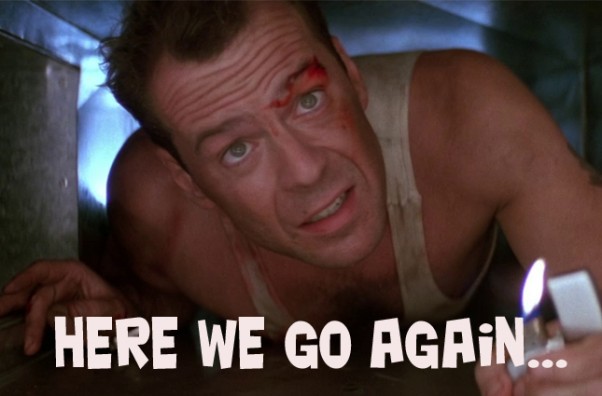 No sooner did we see John McClane ploughing down pretty much everything in his path as he set out to save Russia, news was released confirming that he would be back yet again for a sixth entry in the series in Die Hardest. Based on the title alone people jumped to the conclusion this could be the last entry in the series and, from a recent interview with scribe Ben Trebilcook, it looks like they were very near to the truth.

Speaking recently to WhatCulture he spilled the beans in terms of a few plot devices:

“McClane is invited to Tokyo by the Nakatomi Corporation to be commended for his bravery and efforts in saving 36 lives, celebrating this on the 30th anniversary of the Nakatomi Hostage Crisis. It’s by no means ‘Black Rain.’ Perhaps has a slight ‘Rising Sun’ type tone. It’s also not a double-act buddy-buddy story. McClane began on his own and should end on his own.”

In reply to that little comment of McClane ending it on his own Trebilcook confirmed that he had indeed written the script as John McClane’s very last big screen ordeal. Whilst this will be sad news for many. the great news is that it he intends to bring back characters from the franchise along with many a reference to the Nakatomi Crisis that started this franchise ball rolling:

“My story, being set in Japan, obviously has Nakatomi playing an extremely significant role; It’s not ‘Ichi The Killer,’ but it is crazy and as real as you can get in these realms. It’s violent, but not over the top nor unnecessarily Looney Tune like Olympus.”

Trebilcook went on to reveal a cameo many will be pleased to see back on the screen with Willis:

“A few Japanese fans on Twitter put two and two together when I uploaded a picture of a Katana (Samurai Sword) with some kanji reading ‘Zeus’. Yes, I’ve written Zeus Carver in for Samuel L Jackson.”

Zeus played a major part in McClane’s life. They went through a lot together. They would certainly, without a doubt, still be in contact. A guy I know, Stel, wrote the ’51st State’ (aka ‘Formula 51’) with Sam the Man. I put the idea to him and he said Sam would probably love to have a sword in a movie; that’s how you could woo him. Let’s say I have a ‘Better Tomorrow 2’ vibe.” 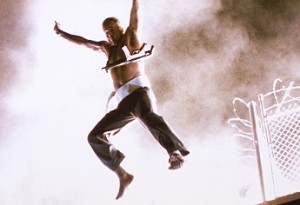 One of the stand-out moments in the original film is definitely the fire hose jump and, whilst McClane is getting on a bit now, the last couple of sequels took no account of his age and had him perform all manner of defying defeats. Trebilcook obviously wants to heep the action at the forefront but he also commented that he wanted to potray a more realistic vision of Willis’ character this time round:

“[McClane is a] retired, worn-out, tired, busted and broken cowboy. Yes, it’s a movie, but he isn’t invincible. He was never Bond. That’s what was so appealing to me with Bruce’s character. He got hurt. I see the first one as a drama with elements of action. It took its time to set up the story and unfold great characters. I believe I got that and also what I call ‘the hose-reel moment’. You know, when McClane, in the first Die Hard leaped off the building with a fire hose, before it went kaboom; in the second, he ejects himself from the plane when he’s surrounded by grenades and in the third, he’s shot out the tunnel, through the air with a gush of water. I’ve got that ‘hose-reel moment’, as well as that cringing ‘glass pulling from the feet’ type scene. Man, that gets me every time.”

Whilst this is all great news there’s no denying that each and every Die Hard entry has undergone rewrite after rewrite after scribe change after scribe change before going into production. Should Trebilcook’s script be the definitive one, it certainly sounds like he’s the man with the plan and knows what hardcore Die Hard fans really want. As soon as there are any further developments we’ll let you know. Let us know what you think. Would a Christmas setting also be an ideal one? It’s something we think would do justice to the first two entries in the franchise.