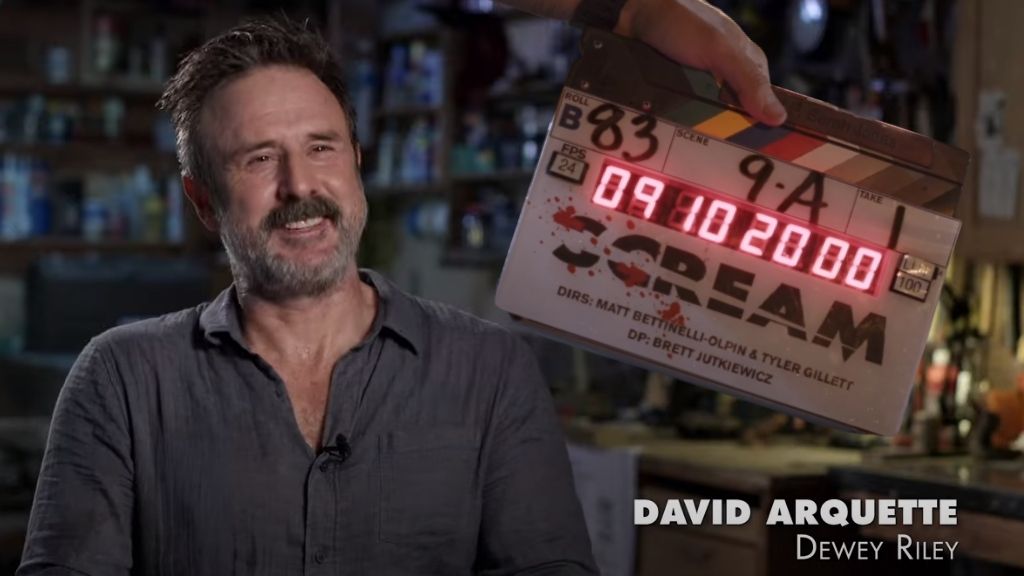 To celebrate the impending release of the long-awaited fifth entry in the SCREAM movie franchise, several members who have been involved since the original film first premiered all of 25 years ago (now aptly referred to as the “legacy Cast”) have joined forces with the new film’s directors Matt Bettinelli-Olpin and Tyler Gillett to create a “RETURN TO WOODSBORO” featurette.

Whilst it’s still hard to take on board the idea that it’s 25 years since the first entry hit cinemas, it’s just as exciting knowing that on the 14th of January, old and new fans alike will be back in Woodsboro, reunited with fan favourite characters and introduced to an ensemble cast of new victims for Ghostface – or will one (or various) of these new faces be donning the now-infamous killer’s costume?

In anticipation of SCREAM releasing EXCLUSIVELY IN CINEMAS this JANUARY 14, 2022, we’ll leave you with the aforementioned specially curated “Return to Woodsboro” featurette replete with soundbites from the likes of Campbell, Cox, Arquette, and the latest entry’s directors.

SCREAM IS EXCLUSIVELY IN CINEMAS ON JANUARY 14, 2022