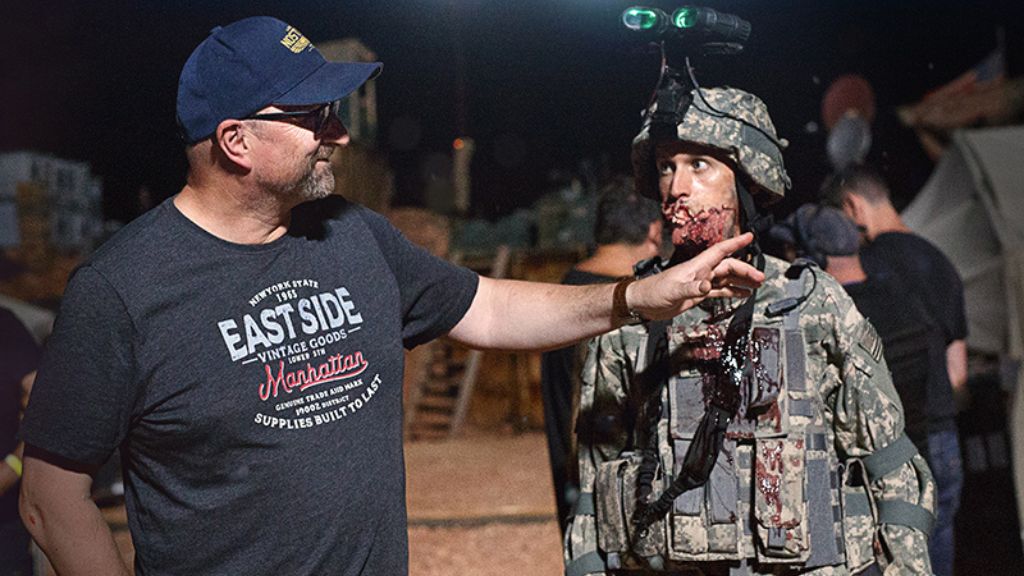 RLJE Films and Shudder have acquired the North American rights to Neil Marshall‘s (Dog Soldiers, The Descent) latest horror venture, The Lair, with Shudder also having nabbed the rights for UK, Ireland, Australia and New Zealand.

Written and directed by Marshall (The Descent), from a script he co-wrote with Charlotte Kirk (The Reckoning), and starring Kirk (Ocean’s Eight), Jonathan Howard (Thor: The Dark World, Skylines), and Jamie Bamber (“Battlestar Galactica”), The Lair follows the trials and tribulations of Royal Air Force pilot Lt. Kate Sinclair (Kirk) when she is shot down over Afghanistan and finds refuge in an abandoned underground bunker where deadly man-made biological weapons – half human, half alien – are awakened.

Mark Ward, Chief Acquisitions Officer of RLJE Films said of the acquisition, “After directing the scariest horror film of its decade, The Descent, Neil Marshall is back with another terrifying trip underground … The Lair proves yet again that Neil Marshall is a true master of horror.”

“We are thrilled to have the team at RLJE Films and Shudder come on board to release THE LAIR. They are the ideal partner to introduce this action horror film to audiences in the US, the UK, Australia and New Zealand,” said Highland Film Group CEO Arianne Fraser. “THE LAIR offers an edge-of-your-seat experience with terrifying creatures and delivers exhilarating thrills that audiences love!” added Highland Film Group COO Delphine Perrier.

THE LAIR was produced by Rather Good Films Ltd and British Producer Daniel-Konrad Cooper with financing from Ashland Hill Media Finance, Ingenious, and Trigger Films. Highland Film Group is handling international sales on the film.

Ward and Jess De Leo from RLJE Films negotiated the deal with Arianne Fraser of Highland Film Group on behalf of the filmmakers.

Following its World Premiere at FrightFest in August, RLJE Films will release The Lair In Theaters, on Demand, and Digital on October 28, 2022 with Shudder going on to release the film sometime at the beginning of 2023. Neil Marshall will also be attending this year’s 55th edition of the Sitges – International Fantastic Film Festival of Catalonia to receive a Time Machine Award alongside Edgar Wright.