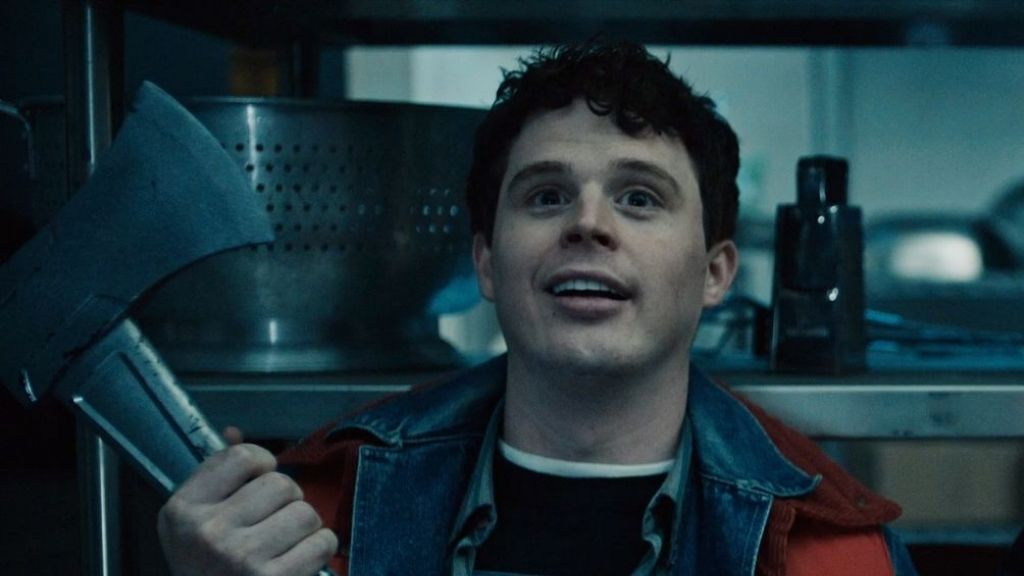 Directed by Calahan, from a script by James Villeneuve (The Ticket), this Shudder and festival circuit favorite stars Evan Marsh (Shazam!), Amber Goldfarb (“Sex/Life”), Ari Millen (“Orphan Black”), Julian Richings (Man of Steel), Robert Maillet (Sherlock Holmes) and David Koechner (Anchorman: The Legend of Ron Burgundy). The film follows Joel, a harsh movie columnist for a national horror magazine who accidentally stumbles across a self-help group for serial killers. With no chance in Hell of sneaking out, he uses his horror movie knowledge to try and not stand out in this homicidal circle so as not to become the group’s next victim.

The DVD will retail for an SRP of $27.97 whilst the Blu-ray will be available for an SRP of $28.96. The bonus features on both the DVD and Blu-ray include: Filmmaker Commentary, Deleted Scenes & Alternate Takes, Blooper Reel, From Script to Screen, Behind-the-Scenes Photo Gallery, Trailer.

We can’t recommend the film highly enough, and we’ll leave you with interviews with both Cody Calahan and Amber Goldfarb who discuss teleporting themselves into an ’80s mindset and gauging the direction and performance to complement the film’s outrageous, self-aware sense of humor and gory dispatches.