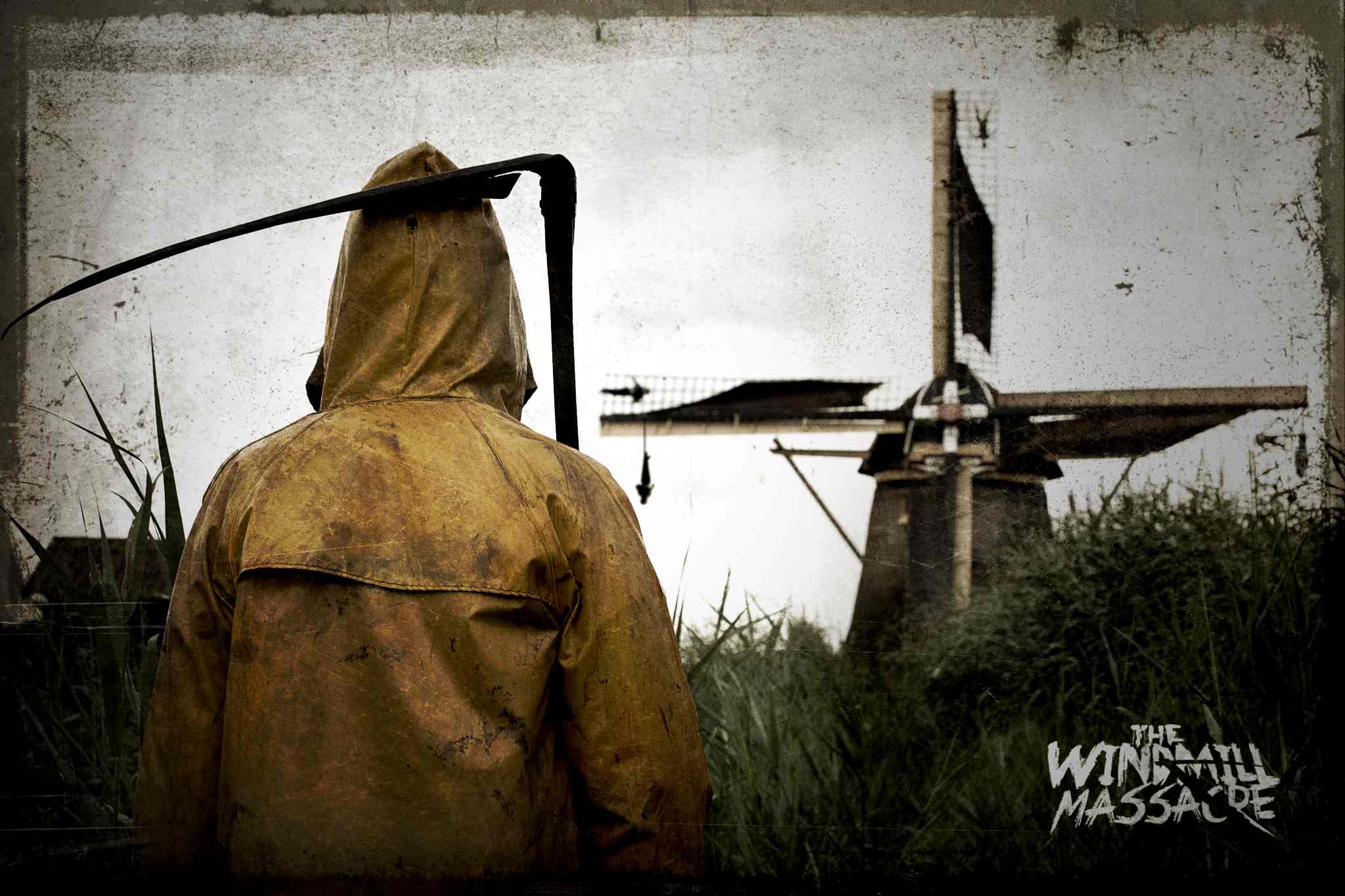 Director Nick Jongerius delivers his first feature, The Windmill, and it is a total joyous massacre of bloody proportions. With old style mayhem, we are served up a decent dose of gruesome deaths that will surely reignite old passions for blood lust.

Set in the picturesque city of Amsterdam, all is not quite tulips, cheese and canals. Lurking in a disused windmill lies in wait a demonic miller who loves nothing more than delivering devastating blows to those who make his naughty list. Taking a historical tour around the windmills of Amsterdam, a coach load of unsuspecting tourists buy a one-way ticket to hell. All remarkably different to each other but yet somehow, fate has drawn them all together.

Written by a team of three: Jongerius, Chris W Mitchell (The Pool) and Suzy Quid, The Windmill offers a raft of interesting characters that have their stories explained with interwoven vignettes. In no particular order, we have the Australian nanny (Charlotte Beaumont) who is on the run after smashing her boss across the head with a vase. The Japanese dude Takeshi (Tanroh Ishida) who holds a guilty secret. A doctor called Nicholas (Noah Taylor) whose reputation is damaged beyond repair. Jackson (Ben Batt), a Royal Marine who has a very nervous disposition. Ruby (Fiona Hampton), a jealous ex model. Douglas (Patrick Baladi), who is the most obnoxious individual, who’s accompanied by his haemophiliac son Curt (Adam Thomas Wright). And last but not least, we’ve got Abe (Bart Klever), the coach driver who drives them to their unsuspected death.

The characters within the film really play off of each other’s strengths and weaknesses. When being faced with certain death, the usual tension manifests itself and the group fractures, causing a divide. With the usual twists and turns one might expect, there is always a slight curve ball, which offers misdirection. Since The Windmill has a supernatural element, this allowed much more fun to be had with the storyline.

The coolest thing about this film is that it really harks back to the days of the nice, fun slasher movie. People get to die in a variety of entertaining ways: Clogg stomping, disembowelment, drowning but ‘by hook or by crook,’ the Miller Demon will finish you.

The Windmill is well worth going Dutch with a partner or your friends for a fun night’s entertainment.