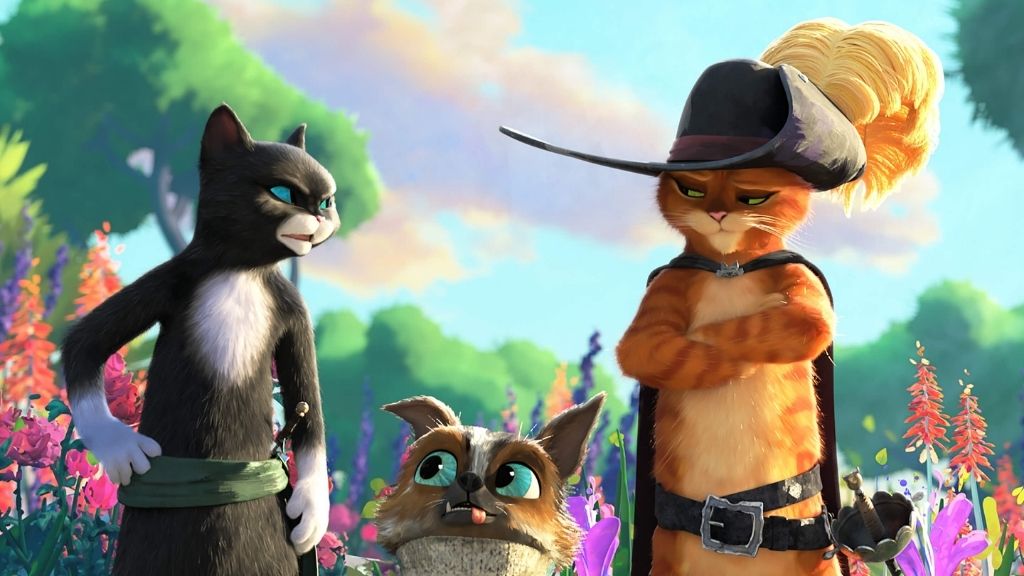 We’ve got quite the hot kitty litter scoop for you now: Antonio Banderas is returning to voice the notorious Puss in Boots in the exceedingly long-awaited sequel, Puss in Boots: The Last Wish, alongside Salma Hayek also reprising her role as PiB’s former partner and nemesis: the captivating Kitty Soft Paws. This time around, the duo will be aided – against their better judgment- by a ratty, chatty, relentlessly cheerful mutt, Perro (Harvey Guillén, “What We Do in the Shadows”, “Reacher”)

The character of Puss in Boots first appeared in 2004’s Oscar®-nominated Shrek 2 and instantly became a global, scene-stealing sensation. Puss then co-starred in two other Shrek sequels and his solo film, as well as in multiple DreamWorks Animation videos and TV series. The Shrek and Puss in Boots films have collectively earned more than $3.5 billion worldwide.

Talks of a follow-up go as far back as 2014 with a sequel confirmed, originally going by the title of Puss in Boots: Nine Lives and Forty Thieves. However, after an initial one-month delay in the film’s release, the project was ultimately removed from the schedule due to restructuring at DreamWorks. Now, some eight years later, The Last Wish is slated for September 23, 2022, and we’ll leave you with our very first look of Perro, Kitty, and Puss in cahoots together.