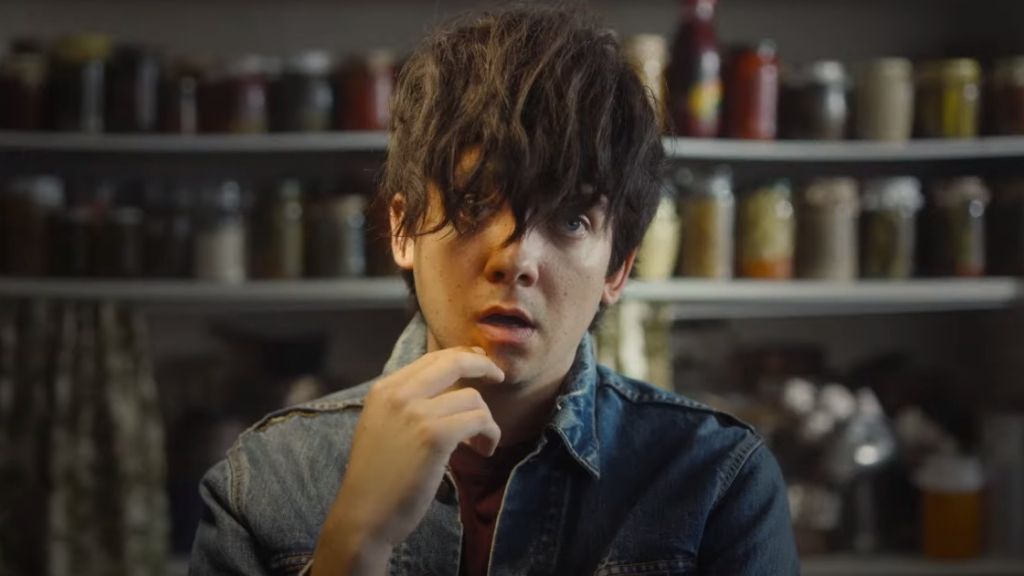 Originally conceived as a satire on artists and their complex relationship with the institutes that fund their work, Strickland “tried to remain neutral and look at both perspectives offering both sympathy and ridicule.” Whilst visiting a month-long residency of an art collective centred around food, he soon found himself particularly fascinated by the concept of taboo and shock value in art, which in turn unlocked the doors to the darker side of the stomach and intestines. Burrowing down that particular rabbit hole led him to create the story of a man in the institute suffering from very intimate and embarrassing stomach problems – the kind of problems that many people suffer from, but are often too ashamed to talk about, even with a doctor.

Directing from his own screenplay, and starring Asa Butterfield (“Sex Education”), Gwendoline Christie (“Game of Thrones”, In Fabric) and Richard Bremmer (Harry Potter and the Sorcerer’s Stone, In Fabric), Strickland’s Flux Gourmet tells the tale of a sonic collective who can’t decide on a name takes up a residency at an institute devoted to culinary and alimentary performance. The members Elle di Elle, Billy Rubin and Lamina Propria are caught up in their own power struggles, only their dysfunctional dynamic is furthermore exacerbated when they have to answer to the institute’s head, Jan Stevens. With the various rivalries unfolding, Stones, the Institute’s ‘dossierge’ has to privately endure increasingly fraught stomach problems whilst documenting the collective’s activities.

Upon hearing of Stones’ visits to the gastroenterologist, Dr Glock, Elle coerces him into her performances in a desperate bid for authenticity. The reluctant Stones puts up with the collective’s plans to use his condition for their art whilst Jan Stevens goes to war with Elle over creative differences.

Commenting on wanting to highlight his frustration with cinema’s ignorance of allergies and intolerances, which are often portrayed as comedy, Strickland said, “I hope that the film treats stomach problems responsibly, whilst still pushing the boundaries of taste … Through the use of performance art and avant-garde music, I want to reveal a very human story about problems that people are often too embarrassed to talk about, but hopefully many of us can relate to regardless of how healthy or unhealthy our stomachs are. Within the seriousness, I also wanted to present a somewhat silly world exploring creative conflict, rejection, power and the dilemmas facing both artists and their patrons.”

Flux Gourmet releases in theaters and On Demand this summer via IFC Midnight and, for the time being, we’ll leave you with the aforementioned new teaser and stills for the film.