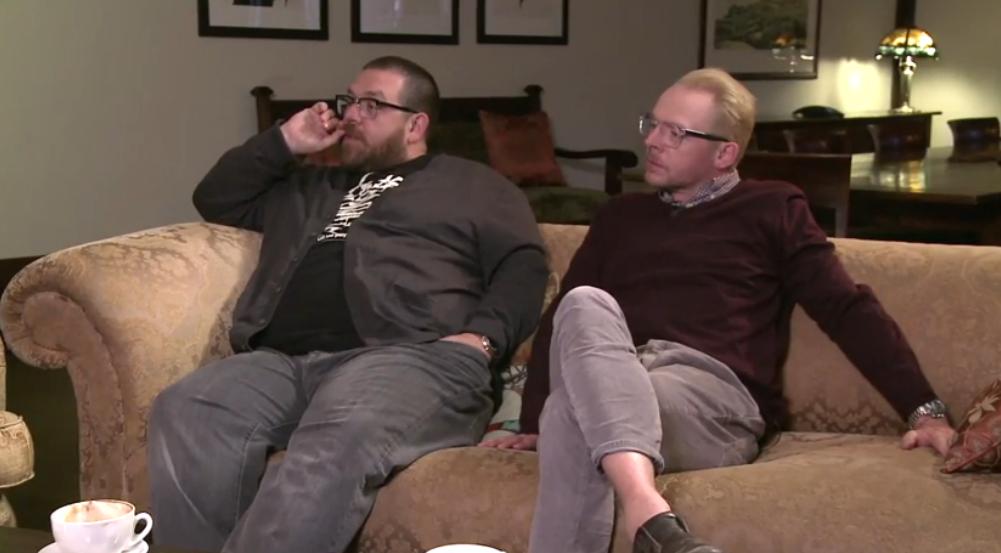 The most anticipated pub crawl in history finally begins tomorrow, 19 July, as The World’s End brings its green mint choc-chip flavour to cinemas, bringing the Three Flavours Cornetto Trilogy to its culmination.

Given the film’s inclusion at this year’s Comic-Con, with a specific panel this weekend, Peter Jackson — who you may recall put in a cameo appearance in Hot Fuzz — sat down in his stocking feet to chat with Wright and the two leads, Simon Pegg and Nick Frost, after a Wellington premiere of the film.

If all 22 minutes of that isn’t enough to keep you happy, three exclusive clips from the film have also been unleashed to give us a really good taste of Wright’s minty new flavour.

Head back here tomorrow for the lowdown on what the cast and crew had to say at this year’s Comic-Con panel after which you can head straight down to your local multiplex to watch The World’s End which opens in all of 24 hours time.

In the meantime, enjoy the aforementioned videos below. Here comes Barmageddon…

20 years after attempting an epic pub crawl, five childhood friends reunite when one of them becomes hellbent on trying the drinking marathon again.  They are convinced to stage an encore by mate Gary King, a 40-year old man trapped at the cigarette end of his teens, who drags his reluctant pals to their hometown and once again attempts to reach the fabled pub – The World’s End.  As they attempt to reconcile the past and present, they realize the real struggle is for the future, not just theirs but humankind’s.  Reaching The World’s End is the least of their worries.