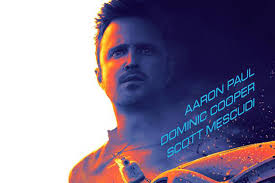 Ever wondered what Jesse from Breaking Bad got up to after everything went a bit wrong for him and Walter? I mean other than smoking crystal and selling it? Well, it turns out he also has a thing about cars. Aaron Paul’s next major role has him being a real, man’s man Toby in the film adaptation of popular game Need For Speed.  Acting alongside Aaron we have Dominic Cooper (The Devils Double, Fleming) and the love interest Imogen Poots (Filth, The Awkward Moment). This crime, car fuelled, action adventure is brought to is by director Scott Waugh who has previously given us the epic war tale that was Act of Valor back in 2012. We at Cinema Chords are lucky enough to get our hands on an interview with the man himself and here’s what he had to say about his up coming role.

Please tell us about your screen character, Tobey Marshall.

Tobey Marshall is what they call a man’s man. He’s a workingman struggling to keep his shop afloat and he was sent to prison, wrongly accused of something very terrible. So right when he gets out of prison, he’s on a mission to get from one coast to the other to get into this secret underground race. And he has a right-seater by the name of Julia, played by the brilliant Imogen Poots. And so it’s just kind of us, we’re so opposite from each other, and we’re butting heads. But slowly we start to grow fond of each other.

Did you watch some of the classic 1960s and ’70s car movies to prep for this role?

Oh, yeah. What’s so great about this film is it’s not just a car movie, but it’s a throwback to the classic car culture films. When I met with Scott Waugh, our director, he gave me this amazing pitch. He said it would be like a Steve McQueen-era film. That got me really excited. That’s what first intrigued me about this story. And then he delved deeper into how he was going to tell the story. It’s great because I think car movie buffs deserve something like this. It’s not just a flashy car movie. I mean it does have that element to it, but it has an incredibly interesting story behind it. So, yeah it was fun doing all this research, watching the Steve McQueen films, and just watching old classic car movies and car chases. It was exciting.

The movie is being shot in the camera as opposed to using special effects. Would you please comment on this?

Yes, it’s really all practical stuff. It’s not all special effects added at the end after we shoot. We’re really actually doing it. And they’re allowing me — not to do everything — but they’re definitely allowing me to do some of the wild driving, which is super fun.

Both the director Scott Waugh and stunt coordinator Lance Gilbert come from stunt families, bringing an authenticity to this movie, can you comment on working with them?

It was so great to have Scotty Waugh as a director, because he was born into a stunt family, and he’s been doing this practically since he was born. And so he just knows this world so well. And I couldn’t think of a better guy to do it.And Lance Gilbert, our stunt coordinator, he’s like a third generation stuntman. This set is very testosterone driven. It’s fun.Slowly but surely they’re letting me drive more and more. Scott and Lance have decided to let me drive much more. They’ve given me more seat time ’cause I think they’re just feeling more comfortable with me behind the wheel now.

How do you think the gamers will react to this movie incarnation of the “Need for Speed” games? 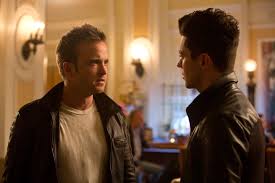 Well what’s so great about the games is that they’re full of adrenaline, and there’s no narrative. So we kind of had a giant blank slate to kind of make it how we wanted, and tell this story however we wanted. And it’s super exciting. We have all these car chases, cops are chasing after us, there’s a bounty on our heads. Yeah it’s wild.

We understand that you did a lot of training for this role.

Yeah, before we started shooting they wanted me to go through this crash course — so to speak — just to learn how to do drifts, and slides, and reverse 180’s, and even 360’s. And I learned all this in the first three days, and it’s incredible. It’s hard not to do it in your day-to-day life. Once you know how to really use the emergency brake properly you just don’t want to ever stop doing it. Nowadays, the emergency brake doesn’t really grip as well as it should on a lot of cars. So it doesn’t allow you to kind of drift and slide the way you want to. But they have these cars all rigged up for us. They’re just giant toys.

Did you ever drive a Mustang when you were younger?

I think I once drove a classic Mustang my uncle had, but this new Mustang they have us driving is just a beast.

How does it feel different from the car you drive at home?

On location in Mendocino, were you driving a different car?

In Mendocino, I was driving a Koenigsegg, but I wasn’t really driving. We had a pod on top of the car towards the back, and Tanner Foust drove. He is just the most brilliant stuntman ever.

Where did you train to drive for this role?

I was at Willow Springs, a track that’s about an hour outside of Los Angeles. I learned how to do some fancy tricks with these fancy cars. It was a blast. 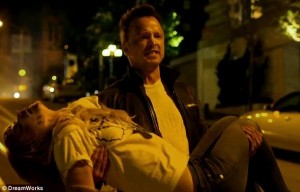 Were you aware of the phenomenon of the “Need for Speed” games?

Yeah, they’ve been around for many years. And I’ve definitely played the multiple games and it’s fun because all you’re doing is just driving these crazy exotic super cars. And now, we’re placed inside these cars and getting chased by cops and trying to run away from the bad guys. It’s a good time.

Are you into cars?

Yeah, who isn’t into cars, right? I mean, I’m really into the more classic vintage muscle cars than these newer super cars, but yeah, I definitely love cars.

It must have been fun being able to drive some of the most iconic muscle cars.

Yeah, I’ve been driving around in all kinds of cars and it’s great. I want to take them all home with me. They won’t let me.

How fast have you gone?

On set, maybe 80 miles an hour. Just on a city street. But in real life, I’ve gone much faster than that.

What was your first car?

My first car was a 1982 Toyota Corolla. Gold color. Manual transmission. Didn’t really work well. The trunk would fill up with water whenever it rained. But I loved that thing like no other.

Well, it could maybe get 80 miles an hour, barely. But that thing was my pride and joy for many years.

Who drives for you when you’re not allowed to?

Well, let me just tell you the only reason I am even a little remotely great in this film is because of Tanner Foust who, I think, is one of the most brilliant stunt drivers there is in this business. He’s going to make me look badass. So, good on you Tanner!

What excites you most about “Need for Speed”?

The story alone is so great, but the action sequences that we have are incredible. It’s pretty remarkable. It’s just getting more and more exciting day to day. It’s great. 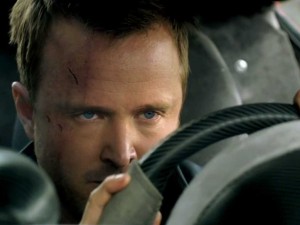 So, it seems he is pretty excited for Need for Speed. And turns out the guy is keen on cars too. Handy for the role eh? Still in selected cinemas, Need for Speed is being released on DVD and Blu-ray on Monday 21st July.