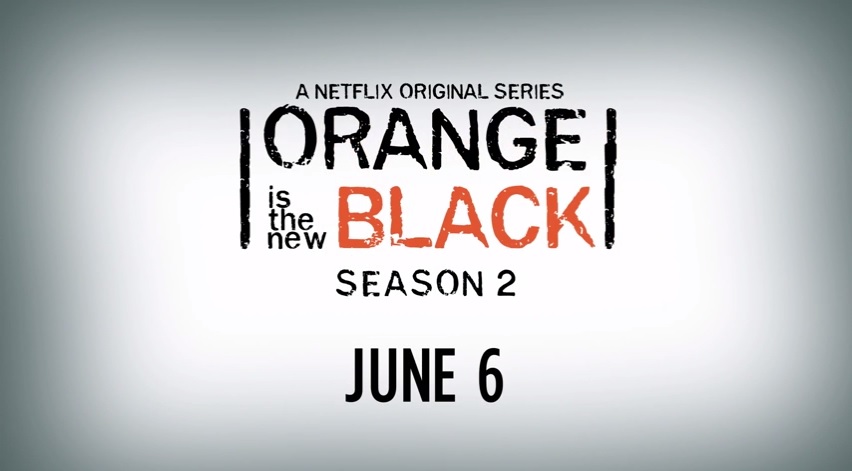 “Every sentence has a story.”

If there ever was a line to describe Orange Is The New Black it’s this one. Set inside a women’s federal prison, it showcases much more than just the main character, Piper, chained to a bright jumpsuit of the titular colour. As actress Laura Prepon, who plays the ex-girlfriend Alex, mentioned “it is much less about stereotypes and showcasing these women as, well, humans.”

We’re in the Soho Hotel, waiting for an exclusive screening of the new season of the Netflix original series. The room is buzzing with anticipation because the critically acclaimed show portrays these earnest, wonderful women in this earnest and sharp way. And luckily, the stars of the show were there to join in our furore for the show. All that excitement, anticipation and more electric in the atmosphere, did the show deliver?

Yes it did. The season opener is devilishly good. It is a slice of entertainment, riddled with emotive backstory that is both compelling and intriguing. Played strongly by Taylor Schilling, Piper is faced with a new set of inmates as she is transported to Chicago from her detention in ‘shu,’ (solitary confinement.) “Piper is trying to figure out what’s going on,” says Schilling, “It’s a brand new set of emotions and a big challenge, but I hope her turmoil comes through.”

Piper had spent a month kept away from the other inmates of fictional Litchfield after she beat inmate Doggett for threatening her. Initially put away from trafficking drug money, she is now tense that she’ll be facing new charges. “She explored dark places that she didn’t realise existed,” Schilling says, leaning on the high chair in a flowed woven dress. She is talking how despite being the heroine of the series, Piper is not quite golden. “She is flawed but that’s the show, it’s a human petri dish of emotions”

Schilling is joined tonight by American Pie star Jason Biggs. Though more famed for pie poking or “masturbacting” as it is affectionately known by the rest of the cast (“I masturbate in everything,”) he plays Piper’s suffering fiancé who discovers that Piper has reconnected with her ex Alex. Although he may joke that Larry dies in episode three, Biggs is a welcomed addition to a mainly female cast, portraying the life outside the cream walls of the prison. “He suffers from white knight syndrome, trying to help everyone. When he fails, he starts to think about himself but he does it in such a misplaced way that it doesn’t work either.”

At the centre of the prison is Alex, one of the many reasons why Piper is there in the first place after shopping her in for being an accomplice. Prepon is sat on the opposite of the line and looking stunning, with her dark hair more akin to Alex than her previous roles of Donna and Karen. The chemistry on the screen is captivating, despite each girl manipulating the other. “I remember doing the pilot,” says Prepon, her distinctive droll coming through, “and the director Michal Trim said that Alex is the spider and Piper is the fly. That really worked for us and we’ve enjoyed pushing it out of its comfort zone.

Joining the panel is Danielle Brookes, who plays one of the many fan favourites Taystee, a big and loud inmate who committed a crime to get back in after struggling on the outside. Though not appearing in this particular episode, her story arch continues, “Taystee has to deal with a lot of shit,” Brookes says, “how she can’t cope on the outside. And she has this new character come in and she can’t fall back on her defences.”

With all these brilliant characters, were there any similarities between the characters? “Well, I’ve never smuggled drugs,” says Prepon laughing, “but she is very true to herself and doesn’t mince words,” (just wait until you see the season opening because you see Alex in a lot of different eyes.)

“Well, I’ve never spoken about my vagina” says Danielle to a loud raucous room. “but I guess I am bright and bubbly. Though, there are times she goes down routes and Danielle would be like “no stop, what are you doing.’” Jason, a natural comic who has given his flare to the entire Q&A, steals the show yet again; “I don’t go around talking about my vagina either.”

Moving away from lady body parts and the phenomenal ladies in the prison again, with such a varied bunch of actors and characters, they must have a favourite, right? Leaning back indignant, Schilling protests “that is so unfair. They always ask us that. There are amazing ones, Crazy Eyes, Red.”

“- I have a thing for Chang,” interjects Brookes, “She’s all quiet and mysterious.”

“-We’d all be polygimists,” finishes Schilling.

Prison life is a difficult thing to convey, how did they prepare for the role? “I watched a lot of Prison Break,” says Schilling while Biggs may (or may not have) framed his wife for embezzlement, “while she is in there, we are still married, I think. I draw a lot from that.”

Jodie Foster is at the helm of the opening episode, with such an enigmatic talent behind the scenes, it must have been a once in a life time experience. We were like, there’s a person who looks a lot like Jodie Foster here,” laughs Biggs.

“You know,” Schilling says “it was awe-inspiring. She has such this depth as a writer, actor and director. But she understands lines, the characters and their arcs so she brings a lot to the table.

“I got jipped, I had like one line with her” pouts Brookes though we can all imagine Foster returning for what is looking like an exhilarating season. If there was one thing to leave audience with, as they bounce off the walls for this episode to come back, what would it be? “They all come back, don’t worry.”

Make sure you check out Orange Is The New Black on June 6th only on Netflix.

In this article:Orange Is The New Black