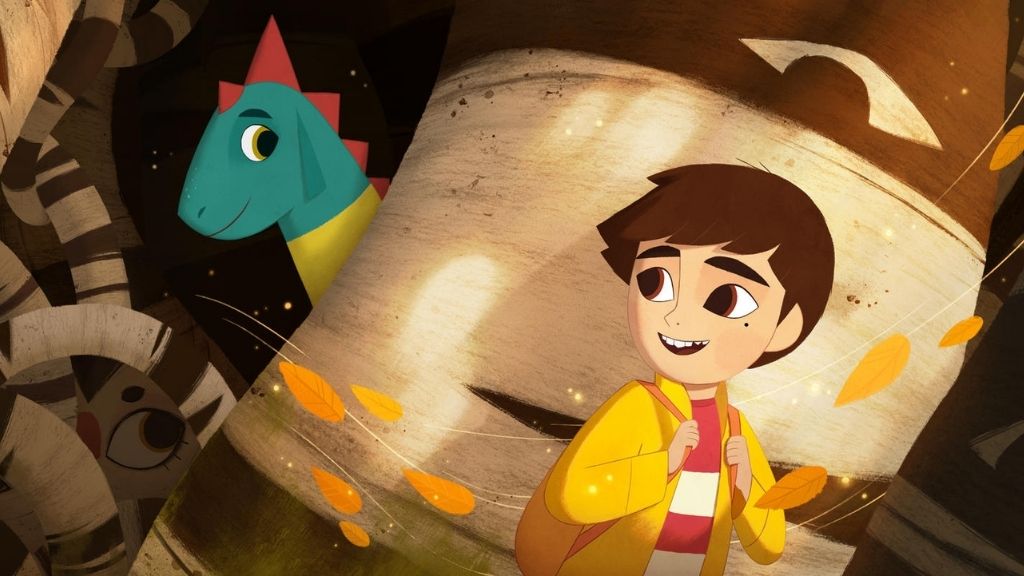 In anticipation of this Saturday’s World Book Day, Netflix has revealed the cast and first image for My Father’s Dragon, the upcoming animated film from five-time Academy Award®-nominated Cartoon Saloon co-founder Nora Twomey.

Directed by Twomey (The Breadwinner) from a script written by Meg LeFauve, inspired by the Newbery honored book of the same title by Ruth Stiles Gannett, the films stars likes of Jacob Tremblay, Gaten Matarazzo, Dianne Wiest, Judy Greer, Jackie Earle Haley, Leighton Meester, Adam Brody, Whoopi Goldberg, and Ian McShane. My Father’s Dragon tells the story of Elmer Elevator (Tremblay), a young boy who struggles to cope after moving to the city with his mother. One day he runs away in search of Wild Island and a young dragon (voiced by Matarazzo) who waits to be rescued. Elmer must navigate ferocious beasts and a mysterious island as he embarks on the friendship of a lifetime.

Speaking of her latest project, Director Nora Twomey said, “Our actors, animators and artists at Cartoon Saloon have worked together to craft this film, inspired by Ruth Stiles Gannett’s amazing book. We were drawn together by a desire to tell a very special tale of friendship, adventure, and true bravery. I fell in love with storytelling as a child and Netflix excels at celebrating all kinds of stories, through different styles and distinct voices. This has given me the opportunity to look through a beautiful lens and I am excited to share what I see with our audience around the world.”

My Father’s Dragon will be produced by Mockingbird Pictures and Cartoon Saloon, and released by Netflix.

Netflix is also preparing to bring other beloved tales and stories of adventure to life like Guillermo del Toro’s Pinocchio, The Magician’s Elephant and Nimona, all coming soon.