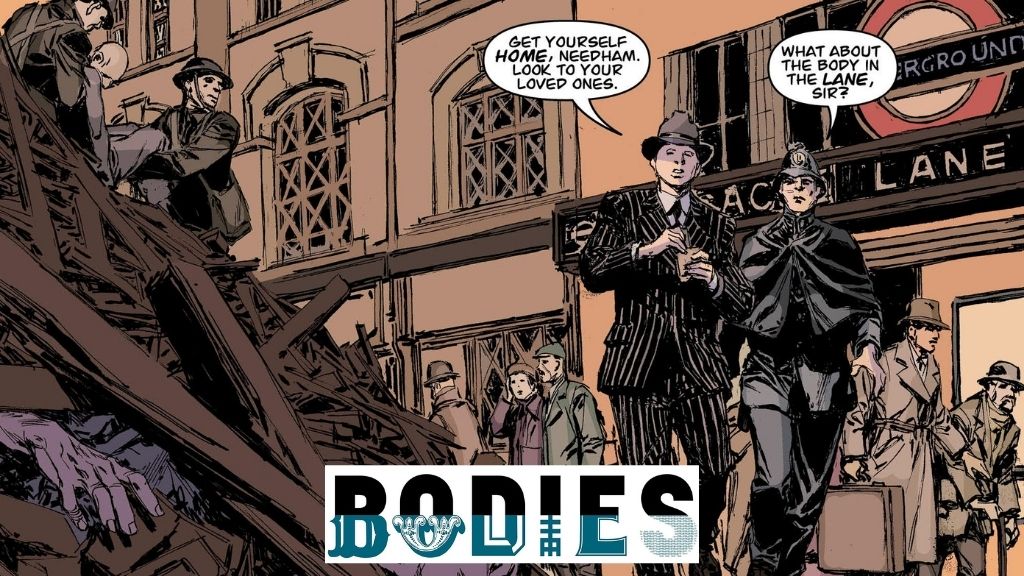 As part of Netflix’s recent initiative to place a renewed focus on British originals, “Bodies” is an eight-episode adaptation created by Paul Tomalin (“No Offence,” “Torchwood”). Spencer has written such acclaimed British television shows as “Eastenders” and the “The Bill”. From 1993 to 1995 he was a regular writer for the Judge Dredd Magazine, creating characters such as “Harke & Burr” and “The Creep” as well as working on established characters such as “Judge Dredd”. His elaborate 2015 graphic novel series, “Bodies” takes place in London, featuring four detectives, four time periods, and four dead bodies. Edmond Hillinghead is an 1890s overachiever who’s trying to solve a murder no one cares about while hiding his own secret. Karl Whiteman is a dashing 1940s adventurer with a shocking past. Shahara Hasan is 2014’s kickass female Detective Sergeant, who walks the line between religion and power. And Maplewood, an amnesiac from post-apocalyptic 2050, brings a haunting perspective to everything.

Beat director Marco Kreutzpaintner will direct a number of episodes with others set to be helmed by Xiaolu Wang. Tomalin is co-writing the show with Danusia Samal with Tomalin also serving as executive producer with Kreutzpaintner and Moonage Founders Gould and Tiplady. The series producer is Susie Liggat.