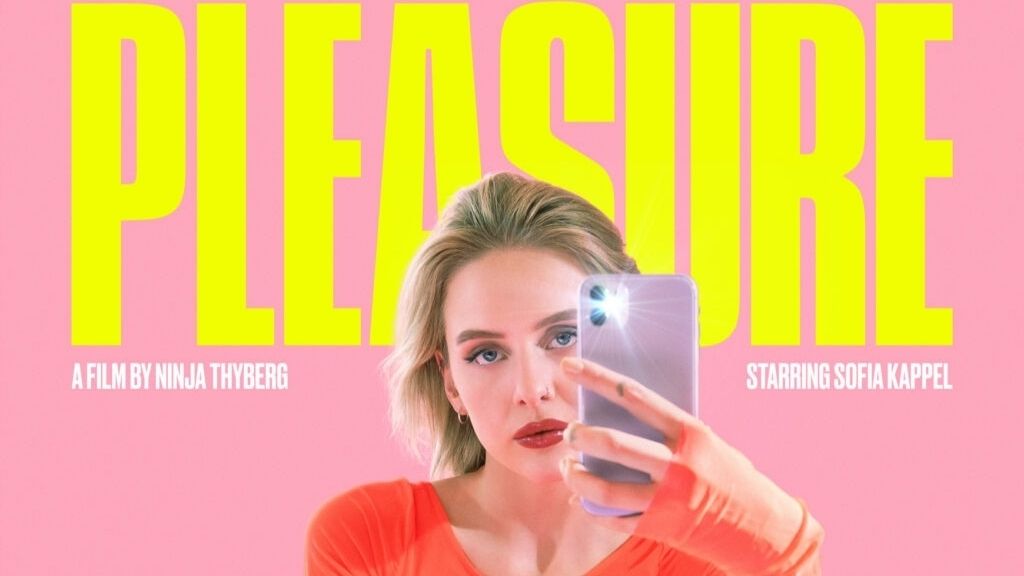 Directed by Thyberg, from a screenplay she co-wrote with Peter Podestij, and featuring a powerhouse performance from newcomer Sofia Kappel, Pleasure follows the trials and tribulations of Bella Cherry (Kappel), who leaves her native Sweden behind to head for Los Angeles determined to break into the pornography industry as the next big thing. But as her relentless drive steers her into increasingly dangerous circumstances, Bella struggles to reconcile her dreams of empowerment with the realities of the darker side of the industry.

Pleasure premiered in Sundance’s World Cinema Dramatic Competition, receiving a nomination for the Grand Jury Prize, and triggered quite the buzz on the international festival and award circuit, taking home the Jury Prize and nominated for the Grand Special Prize at Deauville, and receiving nominations at the British International Film Awards, European Film Awards and Film Independent Spirit Awards.

Pleasure will arrive in cinemas on June 15 an on MUBI from June 17, 2022. In the meanwhile, we’ll leave you with the brand new trailer for the film.