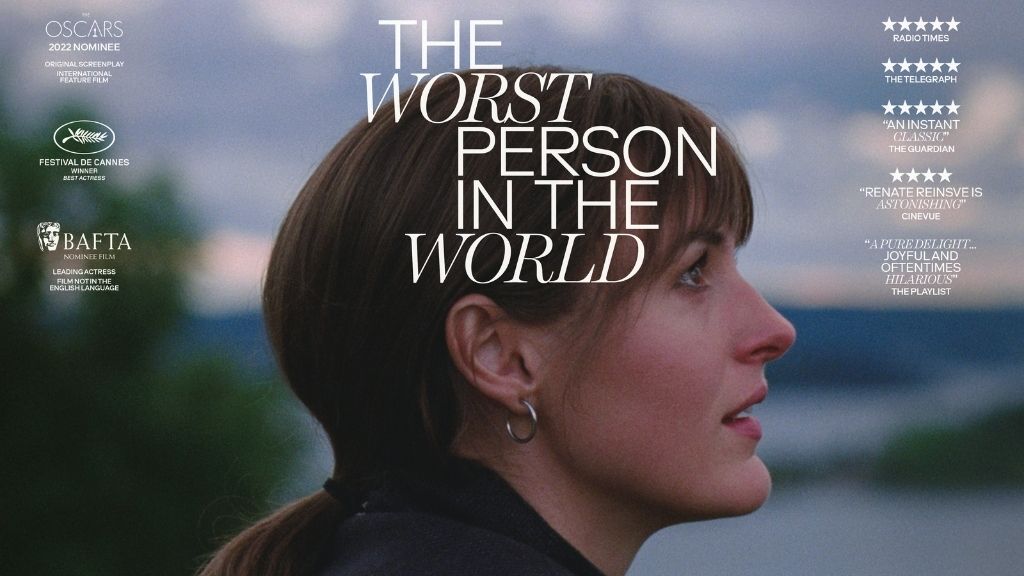 Ahead of its UK and Ireland release, MUBI has revealed the new UK trailer and poster for Joachim Trier‘s wistful and subversive romantic drama The Worst Person In The World; the third and final entry in the filmmakers’ “Oslo Trilogy,” following Reprise (2006) and Oslo, 31 August (2011).

Co-written by Trier and Eskil Vogt, and starring talented rising star Renate Reinsve (Oslo, 31 August, The Orheim Company), Anders Danielsen Lie (Bergman’s Island, Reprise, 22 July) and Herbert Nordrum, The Worst Person in the World follows Julie, a lively and impulsive young woman in her thirties who finds herself facing a series of decisions that push her to persistently reinvent herself and seek new perspectives on her life. Told over the course of four years, audiences will follow Julie as she navigates a series of love affairs, existential uncertainty, and professional frustration, all of which ultimately shapes her choices about what she wants to do, who she wants to share her life with, and ultimately, who she wants to become.

The film first premiered in competition at the 2021 Cannes Film Festival, with Reinsve taking home the award for Best Actress and has gone on to receive nominations for the Best International Feature Film and Original Screenplay at the 94th Academy Awards®, as well as further nominations for two BAFTA Awards – Film Not In The English Language, and Leading Actress (Reinsve).

The Worst Person in the World will be released in cinemas in the UK and Ireland on 25 March 2022 and exclusively on MUBI on 13 May 2022 and, in the meantime, we’ll leave you with the aforementioned trailer.