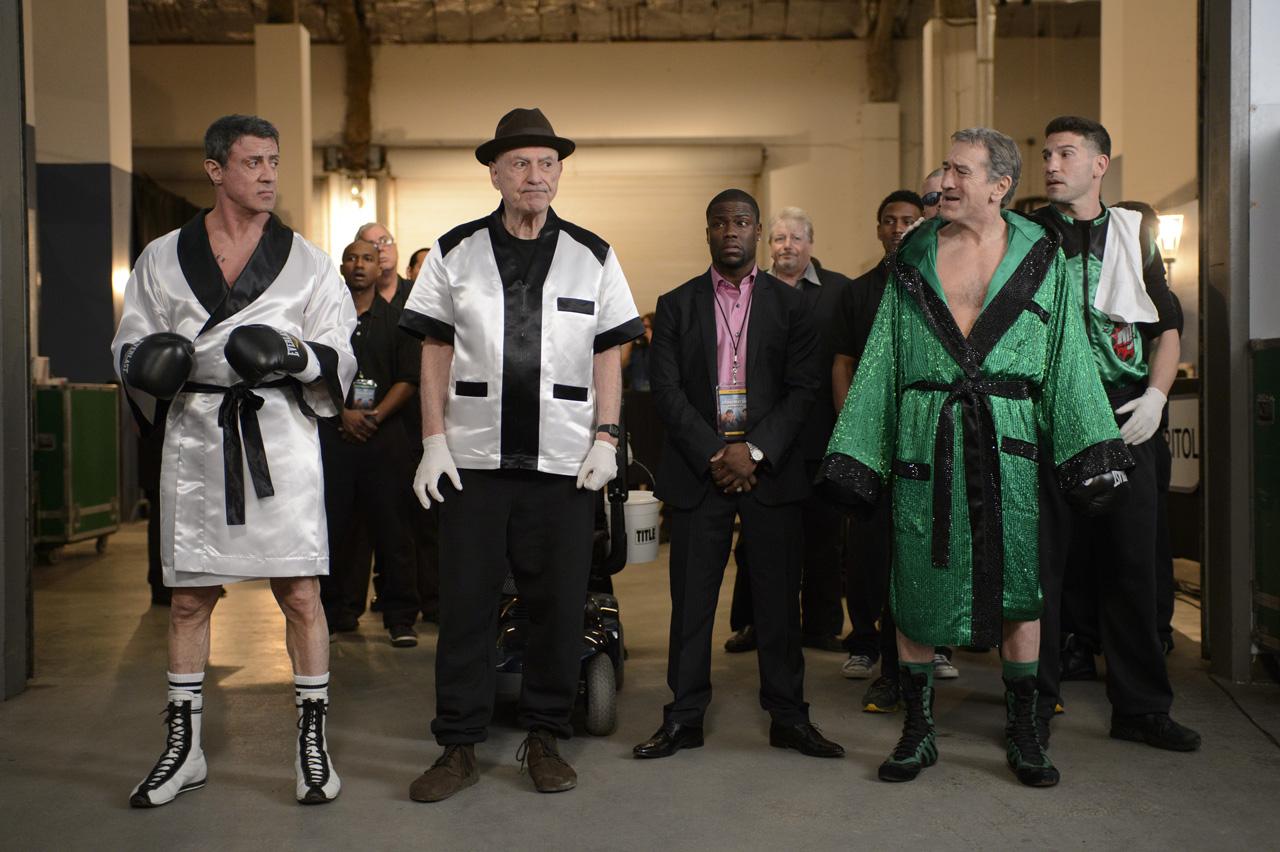 First the world was treated to a love letter to everything ’80s action with The Expendables franchise and now Grudge Match promises to nourish our hunger pangs for the boxing genre of the ’70s and ’80s. Matching up Robert de Niro and Sylvester Stallone as two aging, retired light heavyweight champs the film plays heavily on parodying their respective roles in Raging Bull and Rocky – both arguably defining performances in their careers in most people’s eyes.

With tongue fimly sunk into both cheeks, the latest in a line of mockumentary featurettes follows empresario/boxing promoter Dante Slate Jr. (Kevin Hart) as he attempts to coax Henry ‘Razor’ Sharp (Stallone) and Billy ‘The Kid’ McDonnen (De Niro) out of their retirement shells with a hefty sum on the table for the taking.

Seconds out as Grudge Match will come out throwing punches this 24th January 2014.

In “Grudge Match,” De Niro and Stallone play Billy “The Kid” McDonnen and Henry “Razor” Sharp, two local Pittsburgh fighters whose fierce rivalry put them in the national spotlight. Each had scored a victory against the other during their heyday, but in 1983, on the eve of their decisive third match, Razor suddenly announced his retirement, refusing to explain why but effectively delivering a knock-out punch to both their careers.  Thirty years later, boxing promoter Dante Slate Jr. seeing big dollar signs, makes them an offer they can’t refuse: to re-enter the ring and settle the score once and for all.