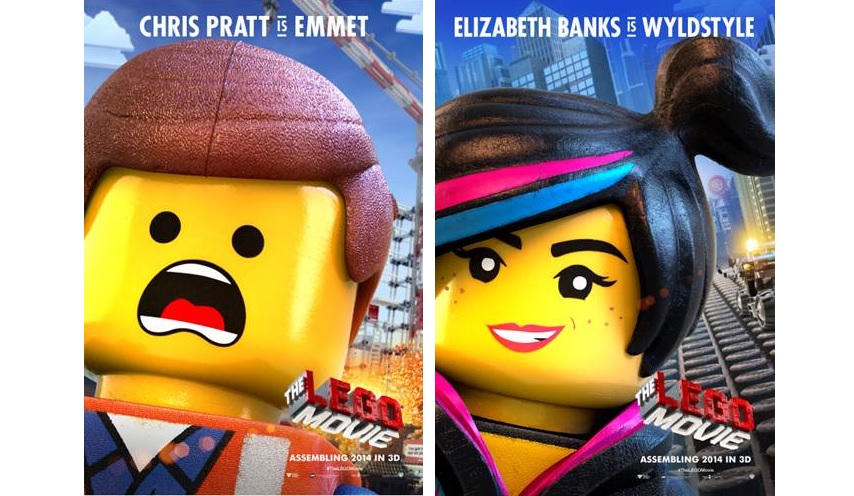 In a recent post we showed you two posters that introduced Benny and Vitruvius, two new characters from The Lego Movie. Now, only days after these were unleashed Warner Brothers has done it again and released two more posters this time introducing Wyldstyle and Emmett.

For those wanting to know more, Emmett is the hero of The Lego Movie and is voiced by Chris Pratt who is due to play Pete Quill in the upcoming Guardians of the Galaxy movie. Meanwhile, Wyldstyle is voiced by the beautiful Elizabeth Banks who was recently seen as the charismatic Effie Trinket in The Hunger Games and will be reprising the same role in the upcoming sequel Catching Fire.

What do you think? Are you looking forward to The Lego Movie as much as we are? Let us know in the comments below but in the meantime we will leave you with the latest trailer for The Lego Movie.