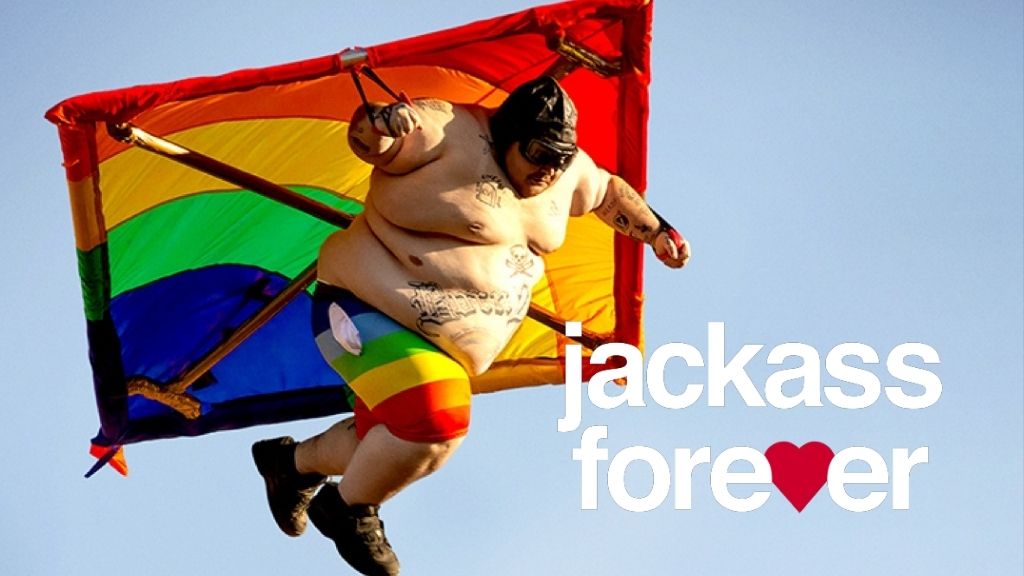 If JACKASS FOREVER is a testament to anything, it’s that some people never learn, and even more so in the case of Johnny Knoxville and his trusty band of fearless funambulists: Steve-O, Chris Pontius, Dave England, Wee Man, Danger Ehren, Preston Lacy, Sean “Poopies” McInerney, Zach Holmes, Eric Manaka, Jasper, and Rachel Wolfson.

Originally debuting on MTV on October 1, 2000 and going to air for three seasons until February 3, 2002, “JACKASS”, the cult show that ignited all kinds of controversy over its perceived indecency and encouragement of dangerous behaviour is about to make a long-awaited return to the big screen for another helping of insane-in-the-proverbial-membrane hijinks as the 20-years-older team are back, with a little help from some new friends.

After being pushed back as a result of COVID, jackass forever will finally hit theatres this coming February 4th, and in the meantime, we’ll leave you with the film’s final trailer.