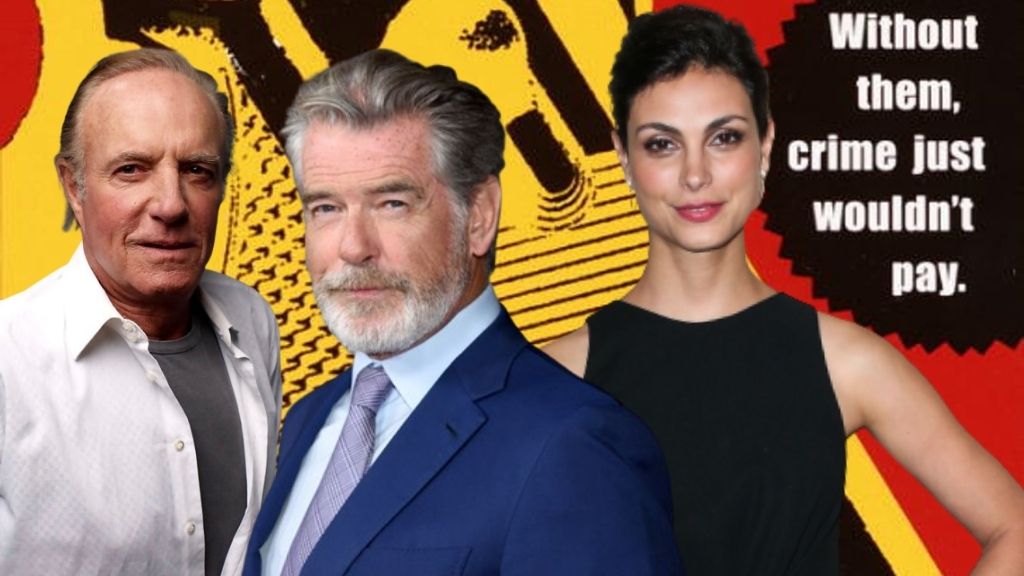 Screen Media and Foresight Unlimited, a Chicken Soup for the Soul Entertainment (Nasdaq: CSSE) company have announced that both James Caan (The Godfather, Misery) and Morena Baccarin (Deadpool) have signed on to star opposite Pierce Brosnan in the upcoming hitman thriller Fast Charlie.

Directed by Phillip Noyce (Salt, Clear & Present Danger) from an original screenplay by Richard Wenk (The Magnificent Seven, The Equalizer), inspired by Victor Gischler’s Edgar Award-nominated novel “Gun Monkeys”, the film revolves around Charlie Swift (Brosnan), who has worked for his aging mob boss Stan (Caan) for twenty years, deftly operating as a prolific fixer and skilled hitman. When a rival boss attempts to take out Stan and his entire crew, he fails in wiping the team clean. Now on his own, Charlie will do whatever it takes to exact revenge for his friend, and he has no intention of leaving anyone breathing. Baccarin will play the female lead “Marcie,” the resourceful ex-wife of a mobster that Charlie killed. Marcie ends up forming an unexpected alliance with Charlie in his plan to take revenge against the rival mob.

Commenting on his cast, Noyce said, “I’m absolutely thrilled to have James Caan and Morena Baccarin aboard. I can’t imagine a more perfect pair than Morena and Pierce. Not to be cute, but they really do make a killer couple.”

Producer Daniel Grodnik added, “I brought Philip to America in 1988 to direct Blind Fury with Rutger Hauer and now, 34 years later, I’m thrilled to be back on the set with him. With a great script by Richard Wenk, and Pierce bringing his star power to the role of Charlie, alongside the legendary, James Caan, and the multi-talented Morena Baccarin, Phillip has a vision that will craft a seminal and iconic film to entertain audiences worldwide.”

Rounding out the cast are Colin Salmon, Sharon Gless, and Morgan Freeman.

Fast Charlie is scheduled to enter production in New Orleans next week.