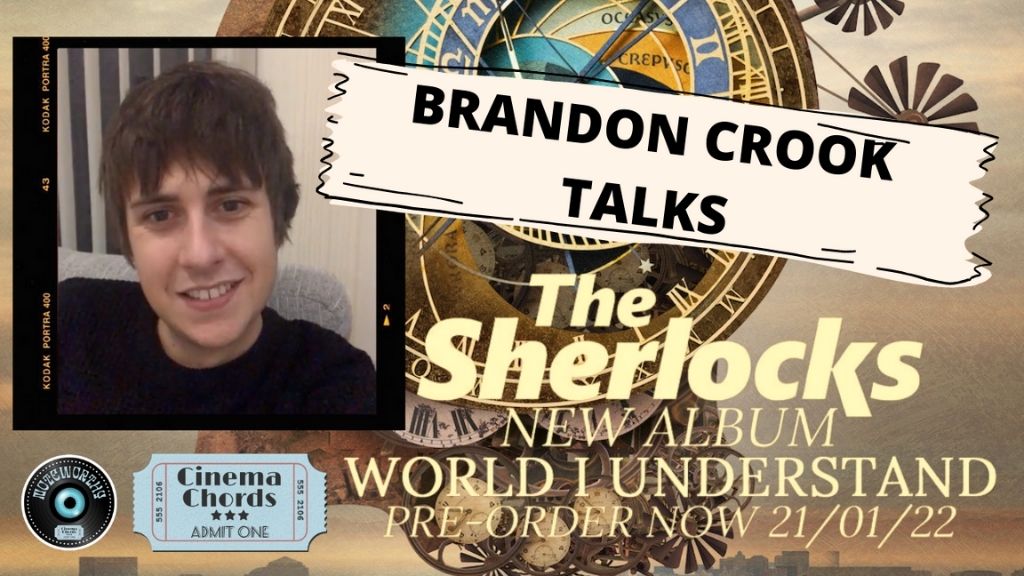 Last Friday, The Sherlocks released the brand-new single ‘Sorry’, which served as a harbinger of the imminent release of their highly-anticipated album ‘World I Understand.’

Having secured a devout following over recent years with a prolific spate of high-charting singles and two full-length albums (‘Live for the Moment’ and ‘Under Your Sky’), fans were initially left distraught when brothers Josh Davidson and Andy Davidson decided to call it a day literally weeks before Covid set in. The remaining members, Kiaran Crook (lead vocals, guitar) and Brandon Crook (drums) were left unsure as to where to go from there, speculating whether their best bet might be to try keeping the band going as a two-piece. But they soon decided that that probably wasn’t going to be the best plan of action.

Subsequently, in November 2020, the band bounced back into the news as a four-piece, having added Alex Procter on guitar and Trent Jackson on bass. And, much to everyone’s surprise, within a matter of weeks, the new line-up announced they were heading off to the legendary Rockfield Recording Studios to record a new album under the production wing of Dave Eringa, renowned for an endless list of quintessential albums from the likes of Manic Street Preachers, Idlewild, Nine Black Alps, Sound of Guns, and The Who frontman, Roger Daltry.

Speaking with CinemaChords last week, The Sherlocks’ drummer, Brandon Crook sang his new bandmates’ praises, acknowledging that, “Despite this being Trent and Alex’s first studio album, bringing them in has really added a freshness to the band, and I feel like we’re stronger than ever.”

Coupled with the fact the band also reunited with Dave Eringa for the first time since their single ‘Will You Be There?’, everything suggests that fans are in for The Sherlocks’ “most unshackled and ambitious album to date.” Crook went on to say that “[Dave Eringa] brings the energy both in the recordings and whilst you’re with him. He’s so good at getting drum sounds, and the guitar sounds he creates are unreal.”

Case in point: ‘World I Understand’ is one of our most anticipated albums of the year – even more so given the fact that the release date was pushed back due to the ongoing Covid-19 pandemic – and we can’t wait for everyone to hear what Crook feels is, “the most complete album” they’ve created to date.

But enough from us! Who better to explain adapting during times of Covid, the recording process for the new album, and how their music has metamorphosed since the release of ‘Under Your Sky’ than Brandon Crook himself in the video below?

The new album, “WORLD I UNDERSTAND” releases this Friday, January 21st and there’s a good chance it could hit the top of the charts next week. If you still haven’t ordered your copy you can do so here.

As a final note, we also wanted to remind you that, due to yet more disruptions caused by Coronavirus, the band was forced to have to reschedule the ‘World I Understand’ Album Tour. All tickets remain valid for the new dates and a huge additional Manchester, O2 Ritz gig has also been added on the 10th of September due to such high ticket demand. Tickets for the new show went on sale last Friday, 14th January and are available here until they most likely sell out.