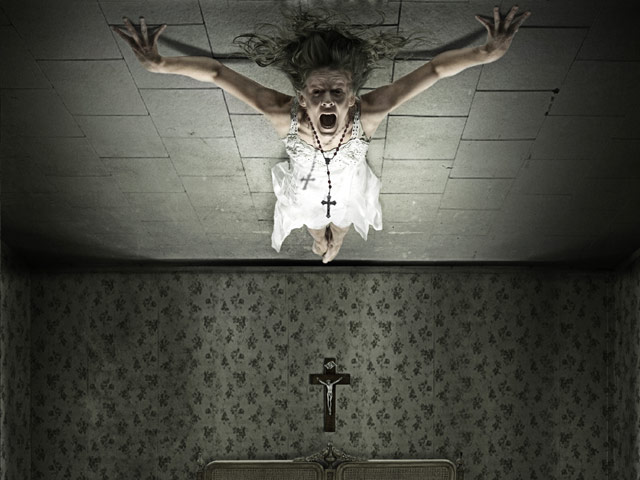 Following 2010’s sleeper hit The Last Exorcism, the studios decided to capitalise on its success and release a successor with Ashley Bell going head to head with the ever-present possession again. This time round the Canadian director Ed Gass-Donnelly stepped into Daniel Stamm’s shows as director for The Last Exorcism Part II produced by none other then Eli Roth. The original film was a found footage shockumentary that followed priest Cotton Marcus, brilliantly played by Patrick Fabian, who hasn’t returned, obviously. The focus now shifts to Ashley Bell and the seduction of the dark that is ultimately a choice for her now. Ed Gass-Donnelly generously took time out to speak to us all about the film, which hits DVD next week, the potential for a third entry in the franchise and how, although the title may say ‘last’, there’s no need to get all pedantic. Do read on as he provides some intriguing answers and talks like an AK-47 rattling off a full clip as he demonstrates sheer devotion to everything film related and then some.

Each horror film tends to have its own scare tactic. There always tends to be devotion to one specific strategy or another, whether that be jump scares or creepiness that haunts your for ages; what direction would you say you were aiming for in this film?

I would definitely say it has a bit of both. My instinct was to try and be a lot more restrained and creepy and create this sort of underlying sense of fear. There’s always a sense of dread, that ‘OK, we need a scare now!’ and trying to find that balance of enough moment to moment scares and startles but at the same time creating that larger, overreaching sense of dread. That is what I personally find all the more scarier – the fear of the unknown and waiting for it as opposed to that instant gratification.

Is there anything, thematically, you’ve explored in this second part since your work usually has a theme behind it?

I think I’d probably say the film is ultimately a metaphor for kids discovering their own sexuality and the idea of teenage sexuality as a taboo. The story is all about a girl who has lived such a completely religious, sheltered life, home schooled, wasn’t even allowed to listen to music. Now, [SPOILER ALERT IF YOU HAVEN’T SEEN THE FIRST], after her family is killed and found feral in the woods, she’s put into a halfway house. It’s a dark coming-of-age story of this girl slowly discovering who she is and what she wants and finding herself slowly being seduced by these darker forces. The movie certainly deals a lot more with seduction as opposed to possession.

Did you find it somewhat daunting entering into this and making a sequel to a surprise horror hit that had the word LAST in the title? Surely you must have had some scepticism when going into it?

[Laughs] I was the first, and certainly not the LAST, to bring that up. I never really liked the title to be honest. Whilst we were actually shooting the movie was originally going to be called The Beginning of the End. That’s when I came up with the idea that, if there was eventually a third, it would be called The End. Then I was like “you can still brand it The Last Exorcism: Part Whatever” or however they wanted to do it. At the end of the day, the title is, quite frankly, the distributor’s choice. [laughs] So I kind of lost my opinion on that.

The title doesn’t bother me personally but people will draw conclusions from the name of it as it’s such a finite word. The Final Fantasy franchise is one of the longest running ever and it’s far from final. I think it’s on like 14 now.

[Laughs] Yeah, exactly. You just have to go into these films with more than a pinch of salt. You just know, especially online, that people are going to make fun of the title. That’s what the first movie is called and this is the sequel so inevitably they will. [Laughs]

You’ve said here that the idea is for a trilogy and the second ends on one of the biggest cliffhangers so is there actually a third in the works?

Yeah, who knows? That was always the plan but we’ll see. I certainly haven’t been told for sure if there’s going to be a sequel for this one. I’m sure in a few months, once they’ve seen what audiences’ appetites are like. I really like the idea of a third one. For me, I liked the idea that you’d make a trilogy of movies where the first one was a small, found-footage film; the second was a more elegantly shot, ’70s style, restrained, character-driven horror movie; and the third one was like quite frankly a balls to the walls violent action horror movie. Each one would have a signature look and feel. It would be completely different visually but following this character who was a supporting character in the first, the protagonist in the second and the [spoiler] antagonist in the third movie.

The original director didn’t return to the sequel, leaving the seat warm for you. Did you work with him on this or was it your own continuation?

I think he didn’t want to be tied to a franchise and wanted to do other things. I got to meet him at a sneak screening in LA so I finally got to meet him there [laughs] because I was a fan of his work but I’d never actually met him.

Eli Roth has his name as a producer on this. In fact on the poster and the trailers it says “Eli Roth presents…” Did he have a lot of influence and input on the film or did he give you total freedom?

He definitely had influence but at the same time was extremely respectful and kept his distance. I definitely never felt like I had someone breathing over my shoulder throughout the process. I was granted a lot of freedom while shooting it and cutting it but he was always there if I needed something. He was very supportive and had a lot of creative ideas and suggestions but at the same time was totally respectful. It was the perfect balance between being there when you needed them and leaving you alone when you didn’t. [laughs]

Was he on set often, since he’s been busy acting and directing abroad for both Aftershock and The Green Inferno, or did you keep in touch via other means?

It was more through Skype, he was shooting in Chile at the time. He was most days active throughout post, he’d watch the dailies and give comments and feedback. That’s the one thing about technology too. You shoot the film and they send the dailies out online to the financiers of Studio Canal from France. You’re shooting the next day and all your partners around the world are watching the footage. 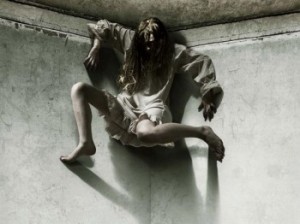 Ashley Bell used “hyper mobility” in the first to contort her body into completely mental shapes. Does she do the same in this? Because those shapes look incredibly painful and broken.

It’s all her. That was such a iconic visual from the first movie. I didn’t just want to repeat it. I created one sequence where she has this sexualised floating where she’s not quite bent into a pretzel shape as a nod to what happened in the first without trying to recreate it. In the marketing material they do recreate it but that’s marketing. Again, that whole shot, I wanted to do it all in camera. [Laughing] In 20/20 hindsight it would have been a lot easier to do it on a green screen as opposed to actually making it all in camera. That was all Ashley. We had to have a masseuse on set because to do that once is one thing but to repeat it for like 16/17 takes starts to really take its toll. She’s in every scene of the movie practically. If she was injured or too sore the next day we would have been kind of screwed.

The release was originally delayed. Why did that happen and was it advantageous in the end?

You know, I have no idea. Frankly it was probably because when CBS bought the movie we were still amidst the cutting. They were all like “Oh now you have to finish the movie by this date” and it was suddenly a crazy race so I have no idea. I don’t get told frankly when the release dates are. I so know that when we were getting down to the wire for the foreign stuff there just was not enough time, not necessarily for the UK, but for France. They wouldn’t have had any time to do the translations. I think at some point Studio Canal just made the decision to delay because we just weren’t going to manage it in time. As opposed to making a movie where you know your release date a year in advance, this became a thing where suddenly CBS had a window and wanted to release it March 1st which created absolute chaos. I never want to have that kind of deadline. Even when you know from the beginning that you’re working towards it then suddenly there’s this deadline that you have to race to meet. It was just a horrible race to the finish line but we got there in the end and hope you enjoy the ride.

We’d like to thank Ed once again for speaking with us. The Last Exorcism Part II is released on DVD and Blu-ray this Monday, September 30. It’s available for pre-order here and we’ll leave you with a trailer for the film.

In this article:last exorcism, sequel