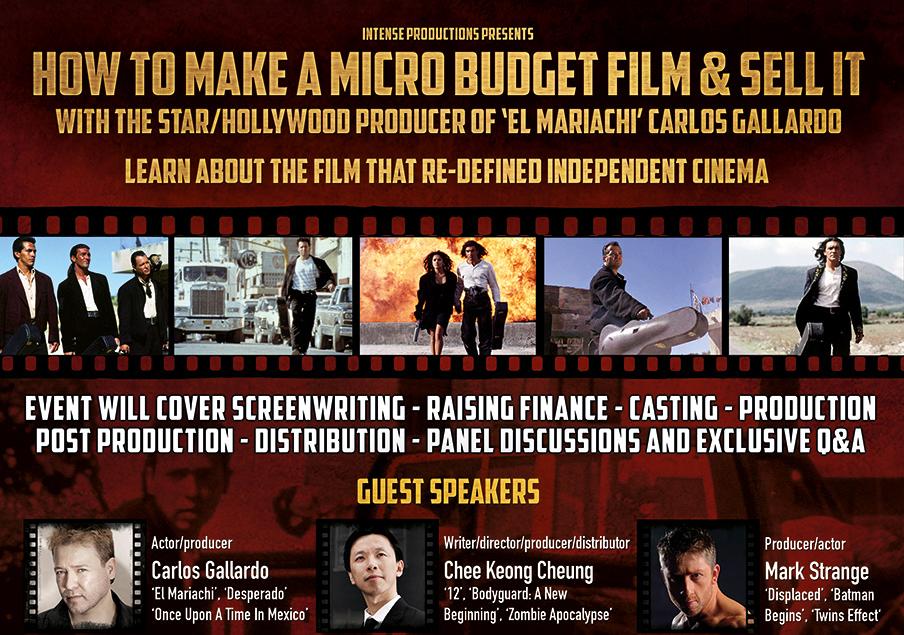 Intense Productions in association with UK Trade and Investment NW will be importing the critically acclaimed and award winning Actor and Hollywood Producer, Carlos Gallardo to the UK to take part in a series of exclusive one day film masterclasses. These classes will focus on ‘How to Make a Micro Budget Film and Sell It’ and will run from the 28th April until 5th May.

Gallardo co-wrote, starred in and produced the acclaimed independent feature film El Mariachi which was shot on a shoestring budget of $7,000 in his home town of Ciudad Acuña, Mexico and marked the feature directorial debut of his long time friend, Robert Rodriguez. Swiftly picked up by US Studio Columbia Pictures, El Mariachi went on to take home the prestigious Audience Award at Sundance in 1993 and opened a plethora of Hollywood career doors for both Gallardo and Rodriguez.

Often quoted as a film which re-defined the Independent film industry, El Mariachi entered the cinema history books, inspiring a whole new generation of filmmakers to exploit the template the two of them had laid down. Now filmmakers have the exclusive opportunity to listen and learn from Carlos Gallardo himself.

The intensive one day film masterclasses will cover topics such as screen writing, raising finance, casting, production, post production, sales and distribution and are designed to equip filmmakers with valuable information to launch a successful feature film through chaired panel discussions and Q&A sessions, case studies of commercially successful independent productions that have raised finance, secured talent, as well as securing international sales and worldwide distribution. Filmmakers will also get the chance to gain industry secrets on how to develop, produce, market and promote their projects.

Commenting on the programme, Cheung said:

“It’s an incredible honour for us to be able to bring Carlos over to the UK. I’m very excited filmmakers both established and up and coming will have the chance to hear and learn from Carlos’ vast experience in the industry. It is an incredibly competitive business we are in and I believe it is important to share knowledge and to help filmmakers coming into the industry. In my career to date I’ve been incredibly fortunate and privileged to work with some of the true greats in the business who were kind enough to share their knowledge and experience with me and I’m keen to help facilitate and be able to pass that on to other filmmakers.”

Cheung’s Intense Productions is currently developing the action/horror film Zombie Apocalypse which is slated to head into production this year and is Exec, Produced by Kevin Eastman (Co-creator of Teenage Mutant Ninja Turtles) and Carlos Gallardo. Cheung also recently launched Intense Distribution, a new division of his Intense Productions entity, most recently releasing the critically acclaimed horror/ thriller, Banshee Chapter which was Exec. Produced by Zachary Quinto’s Before the Door Pictures (All is Lost, Margin Call).

We  highly recommend you don’t miss these exclusive one day film masterclasses which will be touring the UK from 28th April to 5th May at the following venues: 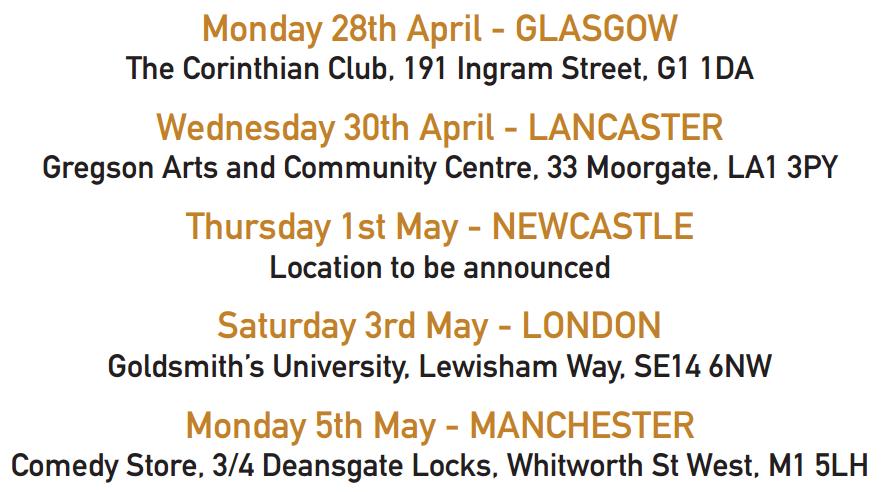 This seminar is a useful insight into the world of independent cinema, ideal for all aspiring writers, directors and producers and also established industry professionals who aim to further their career in film production. All attendees will also receive a complimentary production handbook with contract templates and production forms.

All masterclasses start at 9:30am and finish at 5:30pm

Places are limited. For further information and to book tickets please visit www.intensemasterclass.eventbrite.co.uk