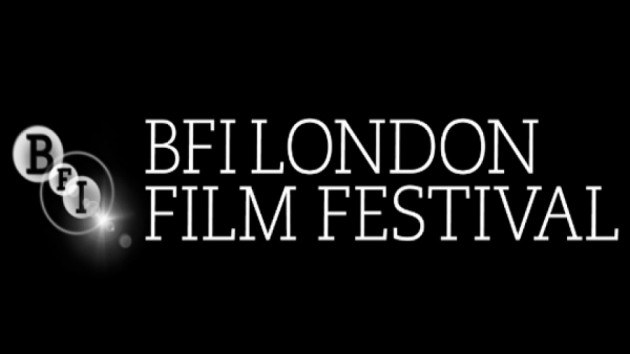 The 58th BFI London Film Festival in partnership with American Express will return to our capital between 8th – 19th October 2014. Over the course of the festival, a stunning collection of 248 features and 148 short films will be shown to festival goers. These films range from multi-million blockbusters to low-budget independent movies so regardless of which genre meets your taste, there will be something that is bound to take your fancy.

Director Morten Tyldum‘s THE INTIMIDATION GAME starring Benedict Cumberbatch, Keira Knightley and Matthew Goode will open the festival on opening Gala Night. Based on the real life story of legendary cryptanalyst Alan Turing (Cumberbatch), The Intimidation Game portrays the race against time by the code-breakers at Britain’s top-secret Government Code and Cypher School during the darkest days of World War II.

Closing the festival will be the highly anticipated FURY from director David Ayer (End of Watch). Starring Brad Pitt, Shia LaBeouf, Jon Bernthal and Jason Isaacs, Fury is set in 1945 where a battle-hardened army sergeant named Wardaddy (Pitt) commands a Sherman tank and her five-man crew on a deadly mission behind enemy lines in the heart of Nazi Germany.

As you may know, we here at Cinema Chords have a penchant for the darker side of cinema and it is a pleasure that the BFI LFF is not afraid to embrace the horror genre. Last year the festival held screenings of All Cheerleaders Die, The Sacrament, Rigor Mortis and The Strange Colour of Your Body’s Tears. So which films does the festival have in store for genre fans this year? Well we browsed the jam-packed BFI London Film Festival brochure to bring you a few choice selections.

Jonas Govaerts‘ CUB follows over-imaginative 12 year-old Sam (Maurice Lijten) who heads off to the woods with his summer scout camp with his pack convinced he will encounter a monster. This Belgian horror film pits boy scout against monster and if what we see in the trailer is anything to go by this looks to be one hell of a blood thirsty fight for survival.

Already causing a stir with her terrific performance in The Guest, Maika Monroe stars in David Robert MItchell‘s IT FOLLOWS. The film follows 19 year-old Jay (Monroe) whom after an innocent sexual encounter, she begins to have visions that something sinister is following her. In a blind rush of desperation Jay, along with her friends, must find a way to escape whatever horror is following them.

In their follow-up to the genre-bending indie hit Resolution, co-directors Aaron Moorhead and Justin Benson are back with their latest offering SPRING. Described as a mash up of Before Sunrise meets An American Werewolf in London, Spring is the story of a backpacker called Evan (Lou Taylor Pucci) who after taking a trip to Italy, sparks a romance with a young woman whilst unaware that she harbors a dark secret.

Alfonso Gomez-Rjon‘s has directed twelve episodes of ‘American Horror Story’ but for his feature debut he has teamed up with the team behind Insidious and Paranormal Activity to deliver us THE TOWN THAT DREADED SUNDOWN.  The film is set in the small American town of Taxarkana where an unidentified killer who is rampaging through the sleepy town killing everyone in his way. Is it a remake? Is it a sequel to the 1976 film of the same name? We’ll tell you when we’ve seen the film.

Coming to the festival from Spain is Alfredo Montero‘s found footage shocker IN DARKNESS WE FALL otherwise known as La Cueva. Telling the story of five friends who decide to explore an unknown cave during their unannounced vacation. Offering a shedload of chills, suspense and drama, Montero promises to deliver a found footage film that aims to stand shoulder-to-shoulder with the REC franchise.

Also hailing from Spain comes the 1950’s set agoraphobia horror Musarañas aka SHREW’S NEXT. Co-directed by Juanfer Andrés and Esteban Roel, Shrew’s Nest tells the story of Monte whose condition keeps her locked in her Madria apartment. Her shelter is broken when a young neighbour falls down the stairwell and drags himself to her door. If the trailer is anything to go by then two sisters, an unexpected visitor and a deady secret will no doubt make for an intriguing tale of terror and a real treat for festival goers.

From the Director Oliver Blackburn who previously delivered the shocking thriller Donkey Punch comes KRISTY starring Ashley Green (Twilight) and Lucas Till (The Hunger Games). Borrowing all the tropes of the Home Invasion sub-genre, Kristy tells the tale of a single student’s fight for survival over the Thanksgiving break when a group of unknown assailants target her as their next victim. Knowing how dark and gritty Blackburn likes to take his films, I have no doubt that Kristy will be just as gruelling and a must for horror fans.

JAMIE MARKS IS DEAD is thriller from director Carter Smith and stars Judy Greer, Liv Tyler and Cameron Monaghan. When a body of Jamie Marks is found dead by a local river Adam (Monaghan) begins to see his ghost. As he begins to feel a deep connection with Jamie, Adam is brought even closer to the world of the undead. Atmospheric and unrelentingly chilling, the trailer for the film looks fantastic and this is one we will be keeping an eye out for.

The horror doesn’t stop there, from Denmark comes the mysterious werewolf rite-of-passage thriller WHEN ANIMALS DREAM which is directed by Jonas Alexander Arnby. There will also be a special screening of Tobe Hooper‘s infamous classic THE TEXAS CHAINSAW MASSACRE as well as the World Premiere of MONSTERS: THE DARK CONTINENT which is the sequel to 2010 hit.

BFI Champion and Members can book their tickets now and public booking opens on 18th September.

For more details on how to obtain your tickets you should check out the official festival website here.