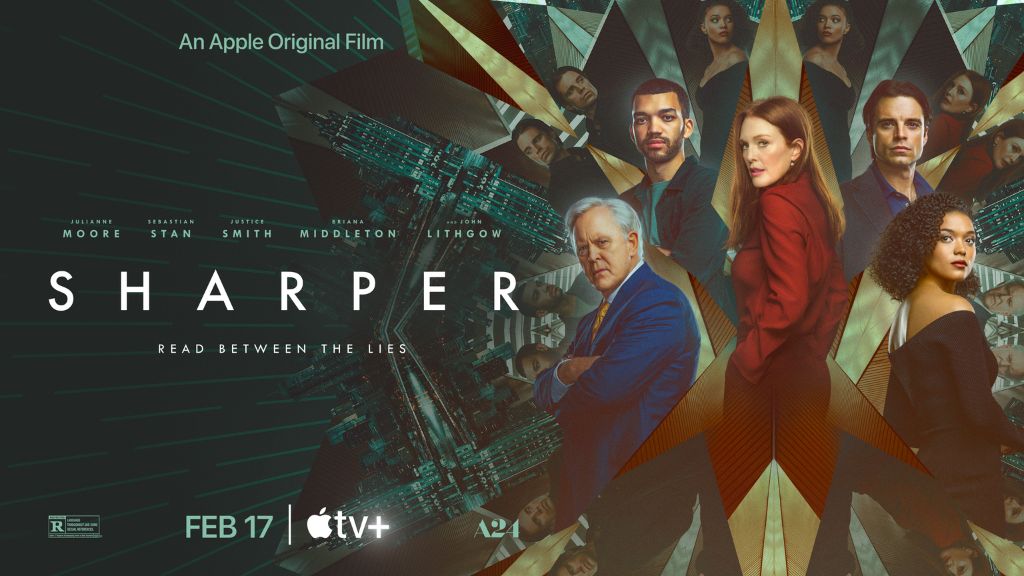 Apple Original Films and A24 have today debuted the first full trailer for “the Crown” Director, Benjamin Caron‘s neo-noir thriller Sharper set in the world of New Yorks’s billionaire echelon.

Directed by Caron, from a script penned by constant collaborators Brian Gatewood and Alessandro Tanaka, and featuring a sublime, star-studded ensemble cast made up of Julianne Moore (When You Finish Saving the World, Far From Heaven), Sebastian Stan (“Pam & Tommy”, Fresh), Justice Smith (The Jurassic World saga, Pokémon: Detective Pikachu), Briana Middleton (The Tender Bar), Darren Goldstein (“Under the Banner of Heaven”, “Ozark”) and John Lithgow (The Pelican Brief, “Dexter”), no one is who they seem in the film; a neo-noir thriller of secrets and lies, set amongst New York City’s bedrooms, barrooms and boardrooms. Characters compete for riches and power in a high stakes game of ambition, greed, lust and jealousy that will keep audiences guessing until the final moment.

Sharper will premiere globally on Apple TV+ on February 17, 2022