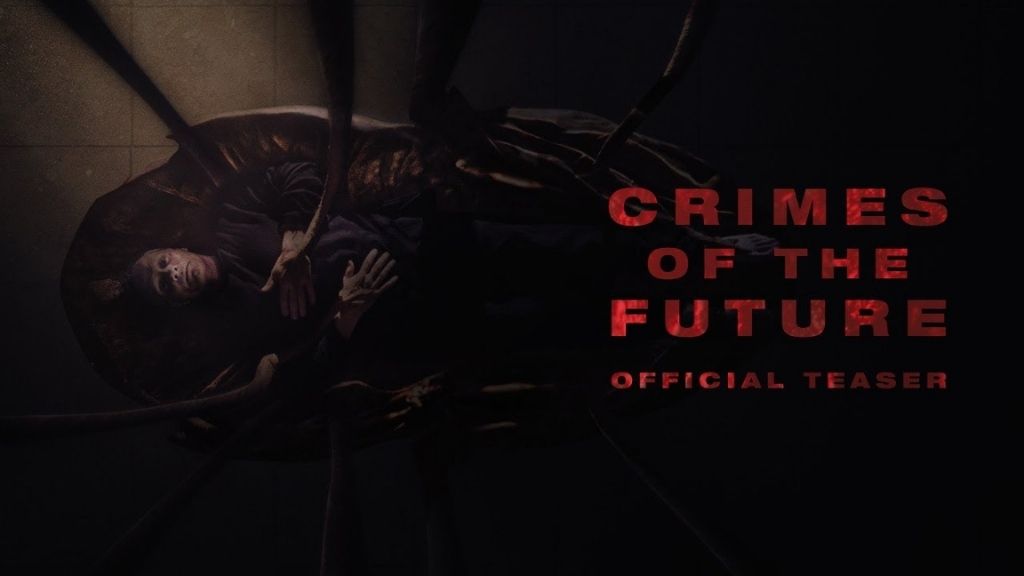 Eight years since his last feature directorial outing, Maps to the Stars, iconic filmmaker David Cronenberg returns with Crimes of the Future, a film he describes as “a meditation on human evolution. Specifically – the ways in which we have had to take control of the process because we have created such powerful environments that did not exist previously.”

Written and directed by Cronenberg, and starring Viggo Mortensen (A History of Violence, Eastern Promises, Green Book), Léa Seydoux (No Time to Die, The French Dispatch, Blue is the Warmest Colour), Kristen Stewart (Spencer, Underwater, Love Lies Bleeding), and Scott Speedman (“Grey’s Anatomy,” Underworld), the film is set in a not-so-distant future in which the human species is learning to adapt to its synthetic environment, undergoing new transformations and mutations. With his partner Caprice (Seydoux), Saul Tenser (Mortensen), a celebrity performance artist, publicly showcases the metamorphosis of his organs in voyeuristic surgical shows. Timlin (Stewart), an investigator from the National Organ Registry, obsessively tracks their movements, which is when a mysterious group is revealed… Their mission – to use Saul’s notoriety to shed light on the next phase of human evolution.

Commenting on his latest project, Cronenberg said, “Crimes of the Future is an evolution of things I have done before. Fans will see key references to other scenes and moments from my other films. That’s a continuity of my understanding of technology as connected to the human body.

Crimes of the Future will release in theaters this June, 2022 through Neon who has now revealed the first mind-bending trailer for Cronenberg’s much-anticipated latest project.