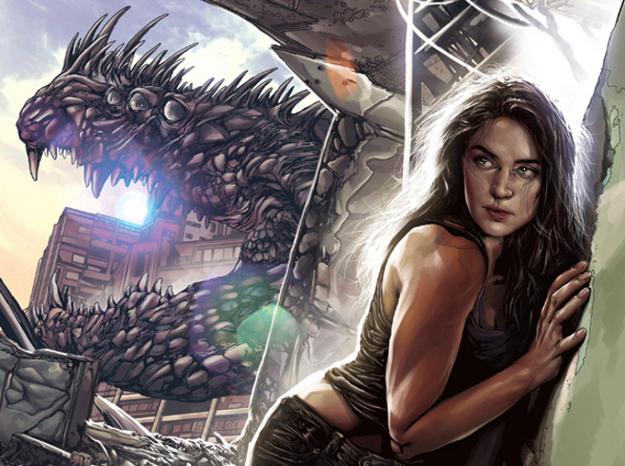 The first trailer for the all new Machinima live-action web series adaptation of the Image Comics comic book series, Enormous, has finally reared its head. Created by Tim Daniel and artist Mehdi Cheggour for Image Comics, the series is all set to debut this Thursday, 20 March.

Set in the aftermath of a vast ecological cataclysm which spawns gigantic monsters, Ceren Lee stars as a member of the United Nation’s Search and Rescue division searching for abandoned children.

In the wake of their recent live action web series based on the video game franchises “Halo” and “Mortal Kombat” Machinima have opted on this new comicbook project to launch tentpole-style stories on the digital world in the hope of converting it into a model for others to follow suit. It certainly does look like it has enormous potential. What are your thoughts?

Be sure to check out the official Enormous website right here too: http://www.theenormouscomic.com/