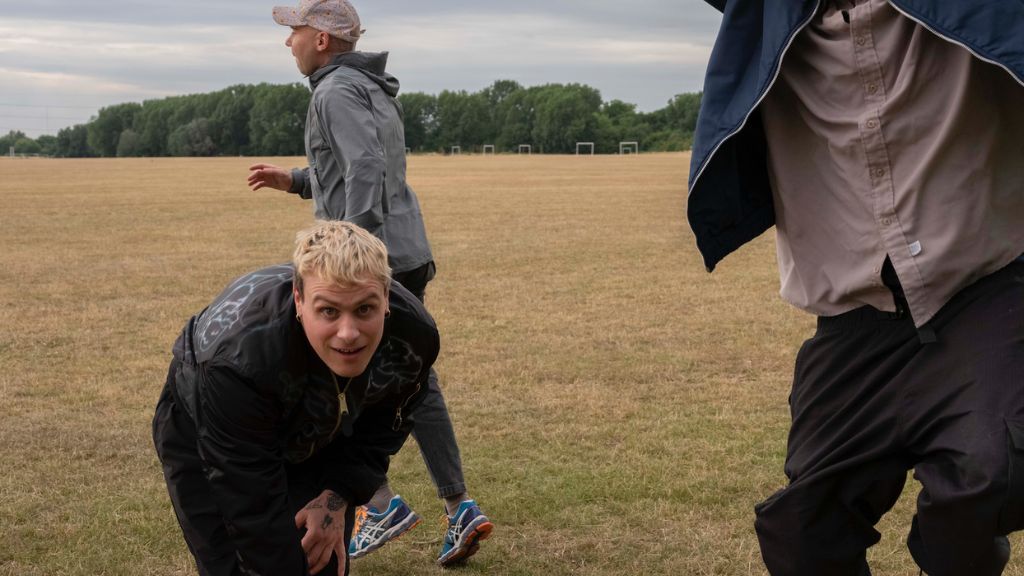 Australian three-piece, DMA’S have just dropped another taster of their highly-anticipated fourth studio album “How Many Dreams?” in the form of new single ‘Fading Like A Picture’. The track is also accompanies by a music video shot by award-winning filmmakers DIVISON (Rosalía, Megan Thee Stallion, A$AP ROCKY).

Previous tracks taken from the album – “I Don’t Need To Hide”, “Olympia” and “Everybody’s Saying Thursday’s The Weekend”, the latter of which was nominated for Radio X’s Record of the Year 2022 – have showcased the band’s deliberate intentions to bring down barriers, fuse their broad palette of shared influences to record their most expansive and ambitious LP to date. The band has rediscovered themselves over the course of writing the new album, resulting in a record that sums up every part of who DMA’S are. Elaborating on their journey of rediscovery, guitarist Johnny Took said:

“Our palette for this album was a lot broader because we’ve learned so much since our debut and we’ve listened to so much more music between then and now, which has shaped us. It felt like a first outing all over again. The excitement was the same.”

Like previous track ‘Olympia’, ‘Fading Like A Picture’ is built around another iconic Matt Mason guitar riff.

Took continues: “Tommy wrote the majority of this song to an obscure demo I made during lockdown. When we all came together to demo it, Mason added one of my favourite guitar riffs on the new album, and we used the middle-eight from another demo as the chorus. A true DMA’S collaboration.”

‘Fading Like A Picture’ is available to listen to on streaming services here now and you can also enjoy the aforementioned accompanying music video below.

The band’s fourth studio album How Many Dreams? releases on 31 March 2023 via I OH YOU and you can get you pre-order in here.

Having opened for Arctic Monkeys at their huge Sydney Domain show just last weekend, DMA’S have also announced that their upcoming London show has changed venues to OVO Arena Wembley, and will still take place on the originally scheduled date: Friday 21 April.

All tickets remain valid for the new venue and, due to increased venue capacity, extra tickets have been released and will go on sale from noon on Wednesday 18 January.

Be sure to contact your point of purchase should you require any further information.

The full April headline tour is as follows and tickets are now available here.