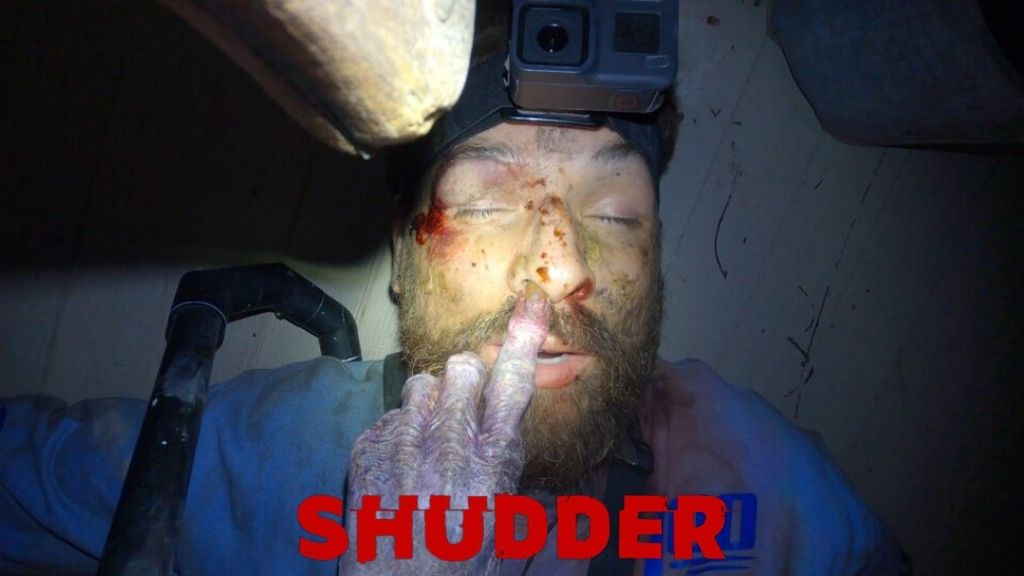 Shudder has secured the rights to DEADSTREAM, ahead of its impending world premiere in the “Midnighters” strand of the SXSW Film Festival. The premium horror, suspense, and supernatural streaming service will be the exclusive home for husband and wife filmmaking duo Vanessa and Joseph Winter‘s feature directorial debut with the film streaming in North America, the U.K., Ireland, Australia, and New Zealand.

Deadstream revolves around a washed-up internet personality (Joseph Winter) who attempts to win back his followers by live-streaming an overnight stay in a derelict haunted house all alone.  When he inadvertently annoys a vengeful spirit, his big comeback plan quickly escalates into a real-time fight for his life (and social relevance) as he is forced to contend with the sinister spirit and her own powerful following.

Describing the film in her own words in a recent interview with Women and Hollywood, Vanessa Winters said, “Deadstream” is a wild, scary, and sometimes silly ode to creature features of the ’80s, grounded in the context of a modern Livestream format. We’re poking fun at the attention-getting antics of people on the internet but also the viewers who are so willing to give them that attention. At its core, the film is about someone confusing being relevant online with real human connection – and pissing off a lot of ghosts in the process.”

Shudder CEO, Craig Engler said of the acquisition, “Deadstream is wickedly crowd-pleasing. The rare horror-comedy as frightening as it is funny. We’re thrilled to welcome Joseph and Vanessa Winter’s creative, creepy and relentless gem to Shudder.”

The Winters added that “Deadstream was a true collaboration from our small and dedicated crew, who took big swings with limited resources. We’re huge fans of Shudder’s wildly unique and exciting content and we couldn’t be happier to be partnering with them for the release of our film.”

The film is produced by the Winters, Jared Cook, and Melanie Stone, who also stars in the film. The deal was negotiated by Blue Finch’s Mike Chapman on behalf of the filmmakers and Emily Gotto on behalf of Shudder.

Deadstream premieres at this year’s edition of the SXSW Film Festival today March 11, with additional screenings on the 12th, 14th, and 16th.