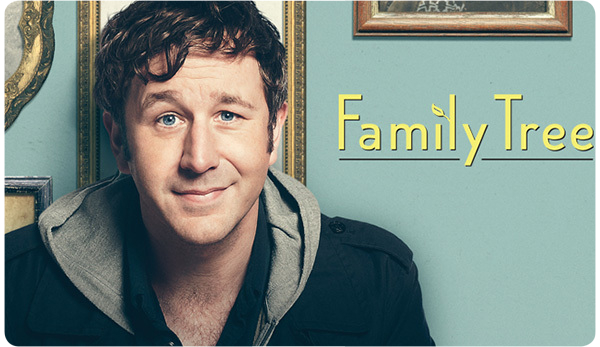 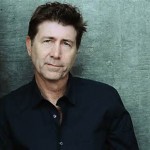 With a career spanning over 25 years, Jim Piddock is certainly a seasoned actor: Hollywood film credits, an extensive list of television appearances and also numerous ventures into voice acting, he is certainly no stranger to all forms of entertainment. In his new series Family Tree, Jim stars and co-writes this comedy about a young man named Tom Chadwick (Chris O’Dowd), trying to find his heritage.

Recently aired on BBC 2 and now released on DVD, we had a chat with Jim about Family Tree and also his history in acting.

How did you come up with the idea of a comedy based on genealogy?

At the time that Chris [Guest, co-writer] and I started talking about it, he had been looking into his own family tree and we talked about whether this was a good comic ground and we figured it was for a number of reasons.

We liked the idea of being able to go into any world we wanted and the idea of a young guy who has got no roots and is very impressionable. Because of this, he assumes whatever characteristics of whatever he delves in to. For Tom Chadwick, one week he thinks he Jewish, the next he thinks he Native American Indian.

I think that speaks to a lot of people; the desire to find their identity and the show addresses that whole concept of trying to find out who you are and what your place is in the world.

Why did you decide to use the form of a documentary?

All Chris’ films have been done in that documentary style. He doesn’t like the word ‘mockumentary’ because that indicates your mocking something. It is something he adopted very early on This is Spinal Tap (1984) and that has always been used in his work. Now, it is almost the common language in television, a lot of comedies use that style. We wanted to keep that and actually add a couple of techniques; we had a walking and talking technique that we used which was a more traditional documentary style. We also like to make things as believable and real as possible because it makes it funnier, so we used very authentic looking photographs and clips.

Was there a particular reason for filming in both the US and the UK?

We liked the idea of straddling two countries. We knew from the start we wanted to go to both America and England, but we didn’t know which way round.

Nina Conti plays the wonderful part of Bea Chadwick, a 40-year old who uses a ventriloquist monkey, 24/7. How did you come up with that?

Well, Nina was actually the first person cast because Chris had worked with her before and actually has known her since she was very young because he was friend with Tom Conti, her father. And we loved this idea of having her, first of all because she is very talented. But also the monkey puppet part of the family for various psychological reasons as no one ever comments on it and it is accepted as part of the family and we thought that was a great idea, very funny.

Did you have the actors in mind when you wrote Family Tree?

Some of them, yes. Nina was a definite right away and Chris was like that too. I knew I was going to be in it, same with Fred Willard and Bob Balaban. A lot of the regular people from Chris’ films we knew.

Were there any challenges or novelties in both writing and starring?

Well it is always difficult wearing more than one hat. The producing and the writing sides were easier because we had done the writing by the time we started going into production. I did take a couple of days off before I shot my scenes because my head was so much in producing; I needed to clear it to be able to create Mr Pfister.

The last episode of the series ended on a cliff-hanger, so will there be a series two?

We hope so, maybe in a different format and different entities involved. Obviously, we left it hanging because we had a couple of ideas we wanted to pursue and we have plenty of episode ideas for series two. So yeah, we are just in the process of trying to figure out how and where we will be doing that.

Have you got a favourite episode or moment from Family Tree?

I think the show got stronger and stronger as it went on. For example, episode one was always tough because that is just introducing everybody and it sets the series up, so that was more laying the table. It all began with episode two and frankly, I think each one got better and better and it just grew and grew. The civil war thing was fun to do but I think the best episode for me was just episode eight as it was the strongest because it just kept getting better.

I know your roots are in TV, but you have done a lot of film work? Which do you prefer and any particular genre?

I like film and TV as well as both comedy and drama. I end up in more comedy because that’s sort of all what I’ve done. But, I’ve just shot something in England that is completely a drama so I like to do a lot of different things. As both a writer and an actor I try to keep it as varied and as interesting as possible.

Which role are you most proud of?

The two films that I think stand out for me in terms of quality is Best in Show (2000) which was one of Chris’ films, the first time I worked with him. There is also a small independent film See This Movie (2004) which, as an actor, I thought I hit some really good notes and it’s a great little movie that did the circuit of the art house. And to be honest, Family Tree is a wonderful television series.

What does the future hold for you?

I’ve got quite a lot on my plate; there is a film coming out next year which I shot this summer called Think Like A Man Too and I have just finished writing a six-part mini series called Mitch and Beat based on a great book by John Franklin called ‘Hell at the Breech.’

If you could say one thing to people who haven’t seen Family Tree, what would it be?

If you like smart, subtle, dry, very layered humour, it is right up your alley. If you like in your face [comedy], it probably wont be. It’s a comedy for people who appreciate the subtleties of things and don’t want it all fed to them. I think people who like that style will be greatly rewarded [by Family Tree], because there aren’t that many people out there who do.

We’d like to thank Jim for his time and remind you that Family Tree is out on DVD right now.