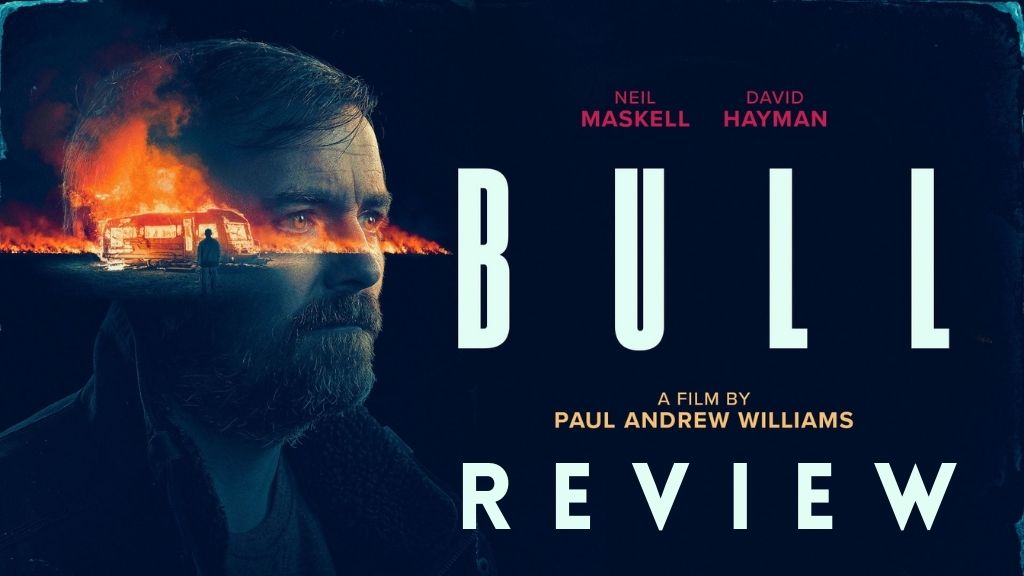 SYNOPSIS: Bull (Neil Maskell) mysteriously returns home after a 10-year absence to seek revenge on those who double-crossed him all those years ago.

Bull is not a sympathetic character by any standards: A brutal enforcer for his father-in-law gangster Norm (David Hayman, who delivers a truly menacing turn), he has a penchant for chopping off hands and fingers and, as we see early in the movie – murdering someone in cold blood, in broad daylight is just another day at the office for him. Like his animal namesake, he is a beast, but he is also a father who deeply loves his son and will do anything to ensure that he has a bright future, with the latter forming the black heart of writer/director Paul Andrew Williams (London to Brighton) fifth feature.

Maskell (Kill List) is in blistering form as he hacks and slashes his way through his rivals. His performance is intense, terrifying, and deeply disturbing. Witness the scene where he forces Beardy (David Nellist) and his children into his car, not by force, but by veiled threat using the story of the Three Little Pigs. It’s harrowing and absolutely bone-chilling.

The story switches back-and-forth between past and present, with Williams brilliantly balancing the two as we see a marriage fall apart, retribution delivered, and flashbacks of a burning caravan.

On the surface, it might sound like another stock vendetta yarn, and it does follow that route at first, but trust us when we say it quickly takes a road less traveled; there are no vicarious thrills to be had as vengeance is brutally doled out. It’s a cold and upsetting study of violence with Williams inspiringly blending elements of the slasher movie as well as echoing both Clint Eastwood and Shane Meadows – think Dead Man’s Shoes meets High Plains Drifter and you’re about there.

Williams and his exceptional cast have crafted a bar-raising take on the genre that both grips and terrifies. Make no mistake, this Bull has horns.

Bull releases in the US through Saban Films in select theaters this Friday, April 1, 2022 and digitally on April 5 before also releasing in the UK through Signature Entertainment on digital this April 8.