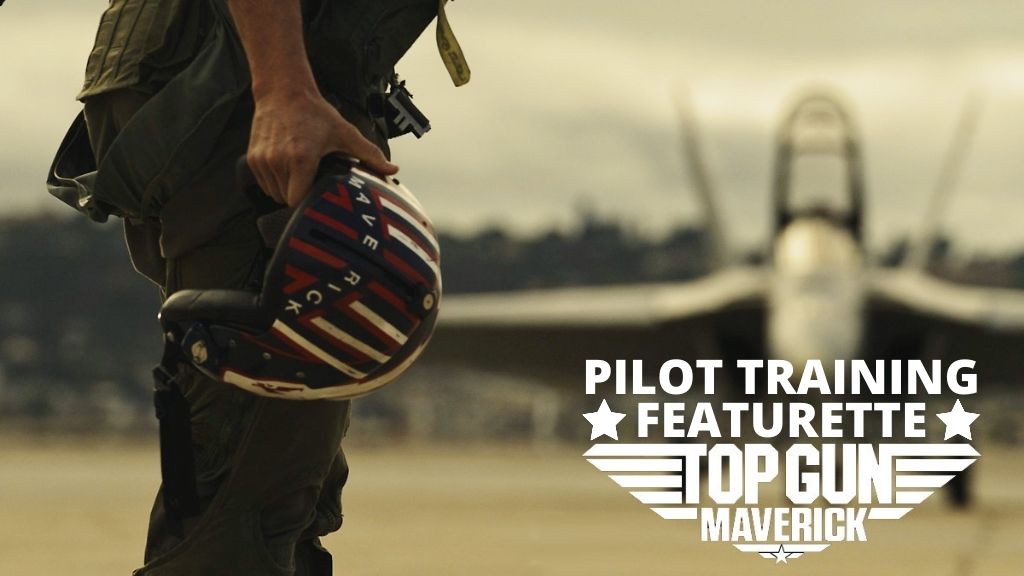 In anticipation of the over-35-years-in-the-making sequel, Top Gun: Maverick, Paramount Pictures felt the need, the need for a breakneck speed featurette that takes us behind the scenes of the movie to witness some of the most intense film training ever.

Helmed by Joseph Kosinski (Oblivion, TRON: Legacy, and the highly-anticipated Spiderhead), from a script penned by Christopher McQuarrie, Eric Warren, and Ehren Kruger, Top Gun: Maverick falls back into formation with one of the Navy’s top aviators, Pete “Maverick” Mitchell (Tom Cruise) who we find pushing the envelope as a courageous test pilot and dodging the advancement in rank that would ground him. When he finds himself training a detachment of Top Gun graduates for a specialized mission the likes of which no living pilot has ever seen, Maverick encounters Lt. Bradley Bradshaw (Miles Teller), call sign: “Rooster,” the son of Maverick’s late friend and Radar Intercept Officer Lt. Nick Bradshaw, aka “Goose”.

Facing an uncertain future and confronting the ghosts of his past, Maverick is drawn into a confrontation with his own deepest fears, culminating in a mission that demands the ultimate sacrifice from those who will be chosen to fly it. Top Gun: Maverick also stars Jennifer Connelly, Jon Hamm, Glen Powell, Lewis Pullman, Charles Parnell, Bashir Salahuddin, Monica Barbaro, Jay Ellis, Danny Ramirez, Greg Tarzan Davis with Ed Harris.

Top Gun: Maverick releases exclusively in cinemas, 4DX and IMAX from May 25, 2022, and in the meantime, we’ll leave you with the aforementioned pilot training featurette.