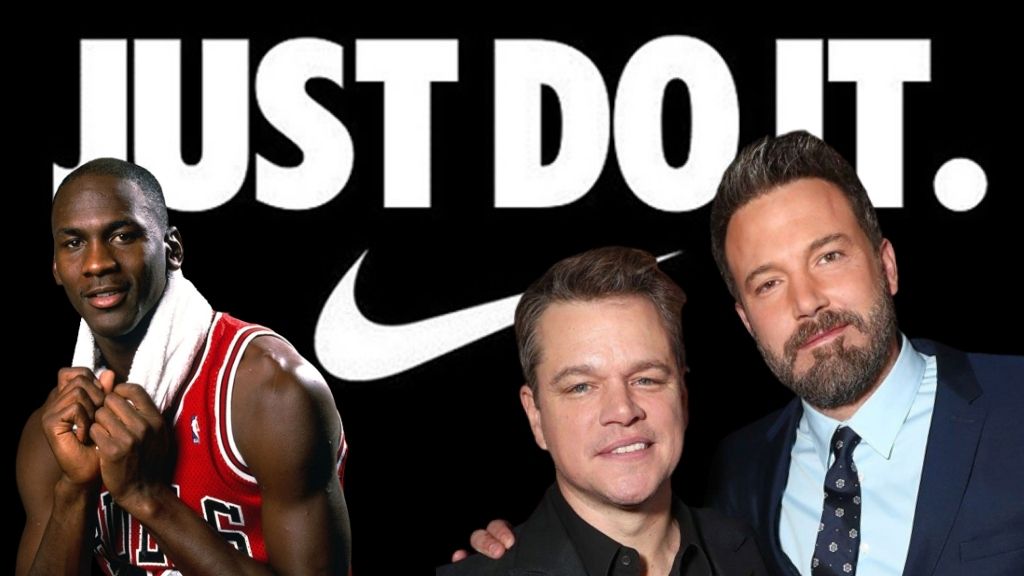 Coming off their recent collaboration on Ridley Scott’s The Last Duel, Ben Affleck and Matt Damon are joining forces once again for a drama revolving around the Nike/Michael Jordan deal. Affleck is also expected to direct the film for Amazon Studios, Skydance Sports, and Mandalay Pictures.

The sports marketing film (originally titled Air Jordan) will tell the wild true story of how Sonny Vaccaro (Damon), a maverick sneaker salesman, led an upstart shoe company named Nike in its pursuit of landing the most influential endorsement in sports history: Michael Jordan; a sponsorship that seemed impossible at the time but would become the most important relationship between a sports brand and an athlete and launch the multi-billion dollar global sneaker industry. Affleck will portray Nike co-founder Phil Knight.

Sonny’s relentless drive to land Jordan for what was then the third-largest shoe company leads him to Jordan’s parents, and most notably his powerful and dynamic mother, as well as to former coaches, advisors, friends, and people close to Michael. Jordan himself is a gigantic mythical figure hovering over the film who is never seen, while Sonny tries to get to him by accessing those close to him and his entourage.

As per Forbes, Jordan entered into his first contract with Nike in 1984. Since then, Nike has reportedly paid Jordan somewhere in the region of $1.3 billion, making him the richest endorsement deal in history. When Jordan first signed with Nike, the company paid him $250,000 up front and gave him his own signature line of sneakers, which became a massive success.

The original Air Jordan script, penned by Alex Convery, made the cut in the 2021 Black List of the best unproduced screenplays. Affleck and Damon are currently doing a new pass on the screenplay and will also serve as producers on the film.